There are some new videos on YouTube promoted by Emirates and Boeing under the project title ‘View from Above.’ 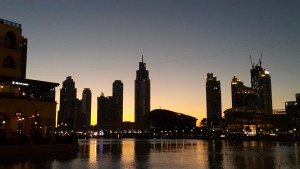 The Dubai video seeks to capture the diversity of the emirate, from the Burj Khalifa, Burj Al Arab, the Atlantis to the desert sand dunes and folk dances.

In all honesty it is another video (albeit well made) of rich man’s Dubai. This is not how 90% of the population live.

Dubai is among the many destinations covered in the project, such as Poland, New Zealand, Ireland, Sydney, and Sri Lanka, among others.

All the footage used in the video has been shot using unmanned recreational drones.