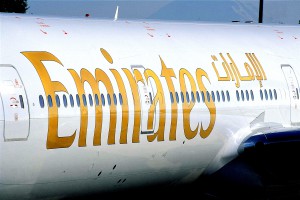 Catching everyone by surprise last week Emirates announced that it will launch the first non-stop flights between Auckland and Dubai from March 2, in a move that will give it a brief crown as the longest flight in the world and effectively increase the capacity available for bookings on its trans-Tasman joint venture with Qantas.

Emirates will maintain its current trans-Tasman schedule of three A380 and one Boeing 777-300ER flights a day, despite adding five weekly non-stop services between Auckland and Dubai on a 777-200LR. The Auckland-Dubai sector will rank ahead of Qantas’ Dallas-Sydney flight as the longest in the world in distance and will have a flying time of 17 hours and 15 minutes.

The flight is just a little shorter than the planned 17 hours and 35 minutes non-stop from Dubai to Panama City launching on March 31.

Emirates’ decision to announce the new route just a month before the first flights is unusual, and industry sources said it was probably part of an effort to beat rival Qatar to the market.

Since Emirates already has a significant support and ground service organization in Auckland the logistics of the new flight are straightforward. Simpler than a new route.

Emirates said travellers booked on its existing services to Dubai and beyond via Australia would be able to switch to the new flight without additional fees, subject to seat availability. That will mean more trans-Tasman seats in the coming months.

The Australian Competition and Consumer Commission required Qantas and Emirates to maintain a minimum level of trans-Tasman capacity as part of their joint venture approved in 2013, which allows the airlines to co-ordinate pricing and scheduling.

Emirates has improved its load factor, or the percentage of seats filled, on trans-Tasman flights through its relationship with Qantas. In October 2012 Emirates filled about 69 per cent of trans-Tasman seats but that increased to 75 per cent by October 2015. However,  in October 2015 the Emirates load remained lower than Air New Zealand with 86 per cent, Qantas at 84 per cent, Virgin at 83 per cent and Jetstar at 81 per cent.

A Qantas spokesman said New Zealand has always been “central to the success” of its Emirates partnership, with the carriers combined contributing about 32,000 seats a week on trans-Tasman routes.

“We know that our customers like the range of routes and aircraft types available with Qantas and Emirates,” he said. “We expect that most Qantas and Emirates customers who fly to New Zealand will continue to travel via Australia, but this new route will supplement those existing services and provide an option that wasn’t available before.

Emirates said it would tie in the service in its code-sharing arrangement with Jetstar’s domestic New Zealand services, allowing customers from other parts of the country, including regional areas, to connect to Auckland. Jetstar launched in 2015 turboprop services from regional areas in a challenge to dominant carrier Air New Zealand. Qantas is examining a potential code-share on the non-stop Auckland-Dubai flights.

As for the competition Air New Zealand offers flights to London via Los Angeles and has partnerships with Cathay Pacific and Singapore Airlines for European flights via Asia.