Home→asia→An alliance for customers or the start of consolidation? 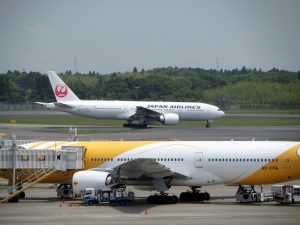 This week saw the birth of an alliance of low-cost airlines in Asia.

The alliance is dominated by LCCs controlled by Star Alliance partners.

It does appear that the main point of the Value Alliance is to help the smaller carriers compete with these bigger players in the market. It may also signal a move to consolidation between the smaller LCCs, perhaps on the lines of the NokScoot partnership in Bangkok.

It is not a coincidence that the alliance has started withing a month of Southeast Asia´s open skies agreement finally came into effect.

Ratification of the Association of Southeast Asian Nations (ASEAN) open skies agreements by Indonesia and Laos in April lifted restrictions on capacity and competition, allowing airlines to launch unlimited flights from their home to any point in the region subject to airport slot availability.

The biggest feature of the new alliance is that passengers will be able to use a single booking site for flights on all carriers across their different platforms.

They will be able to make all payments for tickets and fees in a single transaction instead of booking each trip or each leg of a trip on different web sites.

The new allies will not be as close as the members of the three main full-service-airline alliances. There will be no code sharing and no sharing of frequent flier benefits by members of the Value Alliance. At least not yet. Some form of Value Alliance membership card is perfectly possible.

Allowing passengers the chance to book in one place will make all eight airlines more competitive with the region’s larger budget players and it will make the ticketing process more convenient for fliers. However, there is no intent for interlining of baggage or to better synchronize flight schedules.

And there is no intention of undertaking activities – such as interlining baggage – that add to the cost base.

While members of Value Alliance stretch from Japan to Southeast Asia to Australia, their combined fleet size of 176 aircraft compares with 199 at AirAsia/AirAsiaX, 123 at Jetstar Group, and 108 each at Lion Air and Interglobe Aviation Ltd.’s IndiGo — the region’s biggest budget airlines.

It is an interesting move. Budget travel has and will continue to grow rapidly in South East Asia. But some consolidation is likely.

The Value Alliance web site is here. It is not yet available for flight bookings.