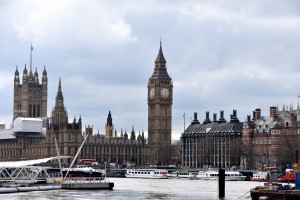 I have got the referendum blues.

This EU referendum is one of the most serious decisions that the British people will be asked to make in their lifetimes, but many people simply do not know enough about the EU to make a properly informed decision.

So instead people are mislead by a mixture of vested interests making random speculations while having to campaign alongside people that they would traditionally disdain.

Cameron and Corbyn on the same STAY side. Bizarre. Boris – who made London a European capital leading the LEAVE campaign. It makes no sense.

The more the STAY campaign postures the more it must tempt people to want to see what might happen if BREXIT wins.

Would property prices really fall 18%? And if you are not a home owner and would like to be, then that might just be good news.

Would the UK enter recession? Who knows. The trouble with this whole referendum is that no one knows what will change and what will not.

Both sides roll out everyone from corporate business to minor celebrities in their cause. The heavy hitters have been out as well – the governor of the Bank of England, US President Barack Obama, the World Trade Organisation – even today the OECD, the Organisation for Economic Co-operation and Development, have said that Brexit is going to be bad.

But we really do not know – it is just speculation. The arguments are often irrational and polarised.

There is a part of my that is curious to see what would happen. Would the great European experiment come to an end. Would BREXIT lead to a Bigger-Exit?

After all this is a referendum that should never have happened. In 1975 the UK voted to sign the Treaty of Rome and to enter the EEC as it was then.

But Cameron thought he needed to appease the pro UKIP faction in his party before the last election so committed to this referendum.

So the Brits are stuck with a referendum in which it’s almost impossible to sort fact from fiction, which is based on incredibly complicated economic and geopolitical arguments, and which most people have little hope of making a fully informed judgement on.

What a waste. And what a risk.

It may be that Cameron is a natural Brexiteer, but as PM he is now talking of the disaster than will befall the nation if it votes for Brexit. Political expediency.

On the other side Boris Johnson leads the LEAVE campaign not so much because he believes in it but as a leadership challange. Winner takes all in what will be a desperately fractured Tory party. I cannot imagine that Jeremy Corbyn is really pro Europe but he is the Labour leader. His version of the campaign is therefore not to say much about anything.

The debate then, such as it is, has become political posturing between a group of middle-aged men.

Like a school debating society where you have to argue the opposite case to the one you actually believe in.

The latest polls suggest that the LEAVE group have a slight lead – with a likely turnout of about 60%.

So in lieu of an informed debate on the merits or otherwise of Britain’s role in the EU the debate has become mainly about immigration and little else. The Express readers will be out in force.

Despite my curiosity for what would happen if we leave the fact is that something this important should never have got this far.

If we leave, then Cameron will go down in history as the Prime Minister who ruined Britain for a generation or more.

As a nation Britain has always taken a keen interest in what is happening on our continent. Britain has fought on behalf of a free Europe. Britain has always sought to retain our seat at Europe’s top table. Our trade, culture, security political interests have always been closely allied to Europe. It makes no sense to think otherwise. It is a small little island on the edge of a large, mainly prosperous, forward-looking continent.

So why would Britain want to vacate our seat at Europe’s top table. Britain would lose its voice by leaving an empty chair. Irrelevant Britain. Once mighty – now a closed nation of bitter people living off past glories. How sad.

Worse now the debate has started there really is no good outcome to this referendum. Either way it won’t stop the arguments.

The right answer is to stay and play. There will be more to say before June 23rd.