Home→Aviation→The potential demise of the A380? 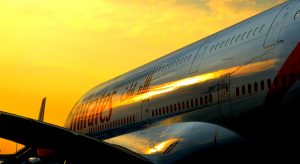 Forbes magazine had an opinion piece yesterday foretelling the coming demise of the Airbus A380.

Airbus A380: The Death Watch Begins

Now Forbes is USA based and a consistent Boeing advocate but it is hard to argue with some of the details and maybe also the conclusion.

The first point is irrefutable. At the IATA AGM last week Sir Tim Clark, President of Emirates, told Bloomberg that not only had discussions on a new re-engined A380neo version of Airbus’s 525-seat jet “kind of lapsed,” but that his “main concern is that they stop producing the plane.”

At slot and space constrained Dubai International Airport the A380 has been critical to Emirates continued expansion.

But this was the first intimation that a sudden death is a possibility for whale-jet.

Other than from Emirates there is no new demand for the A380. In April, Airbus executives admitted that output in 2017 could be as low as 20 aircraft.

Forbes notes that “this is far below the 30 aircraft needed for annual recurring breakeven (this excludes program nonrecurring costs; there is no way to even begin to recover the $25-30 billion or so invested in the development of this aircraft).”

Other airlines including Virgin and Qantas have postponed or cancelled deliveries of their A380 orders. Emirates has already taken the three A380s that were originally ordered by Japan’s Skymark.

Other operators have a handful of the big jets – Korean, Air France, Lufthansa, British, Singapore (a few more), Qatar, Etihad. It is telling that the North American airlines have not made a single order. The airplane would in theory fit well onto a route between major hubs such as ORD-LHR and JFK-LHR.

Can EK maintain its flow of new aircraft. The airline is limited by its DXB based operations and it will be a decade before EK can move to the new Dubai World Central airport. How long can this keep up?

Sit Tim Clark has noted the drop off in premium yields. To this end more two class A380s with their 615 passenger capacity seems like a smart way forward.

For Emirates at this time the A380 makes sense. Passengers love the airplane. The space. The greater seat width. The quiet cabin. Passengers will seek out A380 flights as a preference.

The big airliner also suits EK’s hub-based route network. EK is not a point to point airline – it flies you from A to C via D(ubai). As a hub it needs to maximise the number of passengers connecting at peak times. The A380 allows this to happen.

But EK has also ordered 150 Boeing 777-9Xs, with deliveries starting in 2020. This jet has the same range as the A380, carries fewer passengers but more freight. These planes will obviously replace many of the older 777s as they leave the fleet but may also replace older A380s as they leave the fleet and as the airline moves to the new airfield at DWC.

It is not good news at Boeing either. The 747-8 has around two dozen orders, with a few unwanted aircraft parked too, and they have cut production to 6 per year. The demand for ultra-large four-engine airliners is poor and may never recover.

Airbus is losing money on its A380s. But is it willing to cancel its flagship? Sir Tim Clark is correct to worry that Airbus could simply end the program; but probably not until after the EK orders have been fulfilled.