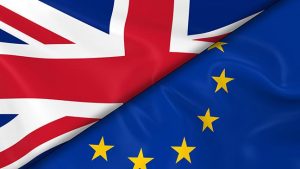 A New York Times oped calls for Britains to shun the hatemongers, and vote to remain in the European Union.

It may be that Ms Cox’s awful killing is enough to bring out enough don’t know voters onto the remain side to make a significant difference. But how sad it is that her death may swing the campaign; and it may do so by as much as 5% of the vote.

So here is the New York Times exercising a voice of reason:

“In politics, as in life, there is the question of the company you keep.

Reasonable people, some friends of mine, make reasonable arguments for Britain to leave the European Union. They say it lacks transparency. They say a union containing an inner club of nations with a common currency, but outliers without it, constitutes a set-up that defrauds voters because it is intellectually dishonest. The euro nations require a political union that is ever closer for the euro to be sustainable. Other nations, like Britain, do not want that.

They argue that the E.U. is undemocratic, run by unaccountable bureaucrats, and that Britain can somehow reinvent itself, overcome geography, and defy several authoritative predictions of economic disaster — most recently from the International Monetary Fund — by linking with fast-growing parts of the emergent world after it turns its back on a stagnant Europe.

I am prepared to lend half an ear to such notions, even if they are paltry quibbles when set against the wonder of a borderless Europe at peace, access to a market of half-a-billion people, decades of growing prosperity since Britain joined the European Economic Community in 1973, and the British capacity to count in the world as a leader within a united Europe rather than become an insular minnow adrift in the English Channel.

The European Union has been through a tough decade. It has been beset by the structural flaws of the euro and a weak response to the financial meltdown of 2008. It has faced the ongoing difficulties of absorbing former Communist bloc nations and the challenge of mass immigration. It needs reinvigoration — of a kind Britain could lead.

But none of this is what the British referendum has been about. It has been about jingoistic bigotry of the “take-Britain-back” variety; anti-European rants dished up by the Daily Mail (often on the basis of claims so flimsy they would make Donald Trump blush); the vileness of the U.K. Independence Party whose latest poster screams “Breaking Point” next to a crowd of dark-skinned refugees; the outrageous diatribes of the former London mayor, Boris Johnson, who has compared the union’s designs to Hitler’s; the dim anger of a Little England troubled by globalization and choosing to focus that ire on Brussels (of all places) and on the desperate survivors of the Syrian civil war (of all people).

In other words, it has been about poison. That poison led — not directly but still — to the murder last week of Jo Cox, a representative of the opposition Labour Party, and a mother of two, by a man shouting “Britain First!”

Cox, a rising political star, had campaigned for Britain to remain in the European Union. She had declared in her maiden speech to Parliament that the Yorkshire towns and villages she represented had been “deeply enhanced by immigration, be it of Irish Catholics across the constituency or of Muslims from Gujarat in India or from Pakistan, principally from Kashmir.” What struck her, she said, was that “we are far more united and have far more in common with each other than things that divide us.” In her last article for the Yorkshire Post this month she had written: “Please don’t fall for the spin prior to June 23 that the only way to deal with concerns about immigration is by voting to leave.”

The suspect charged with her murder, Thomas Mair, gave his name as “death to traitors, freedom for Britain” in his first court appearance. Prosecutors said he had also shouted “Keep Britain independent” as he attacked Cox. Pamphlets about extreme rightist and white supremacist organizations were found at his house.

Yes, in politics there is also the question of the company you keep.

Those who have called for Britain to quit the E.U. have been prepared to get into bed with the likes of xenophobic fanatics like Mair. They have countenanced the fabrication of gross slurs about Europe and foreigners to further a campaign to lead Britain out of its neighborhood (and the greatest political invention of the second half of the 20th century) into some fantasyland of bygone glory.

“Jo, get up,” pleaded Cox’s assistant, Fazila Aswat, as the politician lay dying. “No, my pain is too much,” Cox replied, her last words.

Come on, Britain! For Cox, for her two children, for Fazila Aswat, for the proud British history of openness, get up! Get up, shun the hatemongers, and vote to remain in the European Union.