Home→asia→flydubai to Bangkok from 29 November 2016 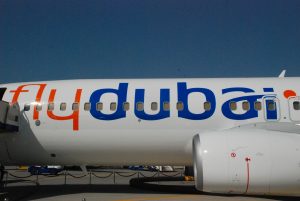 Low cost carrier flydubai has announced plans for a double daily service to Thai capital Bangkok, later in the year.

The service, scheduled to begin on November 29 2016, will be one of the airline’s longest in terms of travel time and will push the limits of the Boeing 737-800 aircraft.

Emirates’ existing service to the city takes around six hours and 30 minutes from Dubai and just over six hours for the return journey from Bangkok.

“Bangkok is an extremely popular destination and the launch of double daily flights reflects the increasing maturity of the flydubai network and operation. This route launch is an important milestone for flydubai, offering business and leisure travellers from both Dubai and Bangkok increased choice and flexibility across our network,” said flydubai chief executive Ghaith Al Ghaith.

The turnaround times are unusually long for an LCC and must reflect the crew change and catering requirements.

Fares on the route will start from Dhs 1,499 for economy class passengers and Dhs 3,999 for business class.

Flydubai said it expected the route to give passengers alternative travel options to neighbouring cities and provide a connection between Thailand, Russia and Europe.