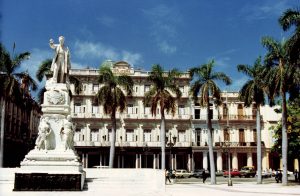 Fidel Castro has died. A man who took the word to the very brink of nuclear war and left his nation largely impoverished. The last leader of the cold war years of the 1960s.

While he has been praised by many, the Cuban people that have exiled themselves in Miami are celebrating. A good indication of the oppression suffered by so many under Castro’s dictatorship.

Late on the evening of November 25th in Havana, Cuba’s president, Raúl Castro, announced that his elder brother, Fidel, “commander-in-chief- of the Cuban revolution”, had died at the age of 90.

Castro’s death will be marked by nine days of official mourning in Cuba.

His admirers praise how he led Cuba in defying the United States for decades. He put Cuba on the world stage. He lived through ten American Presidents. He survived numerous assassination attempts by the Americans.

There were genuine achievements in health care and education, but his communist rule impoverished the island and deprived generations of Cubans of freedoms and opportunities.

Castro had stepped down from Cuba’s presidency when he was taken ill in 2006. Since then Raúl Castro has cautiously begun to reform the island’s limited economy.

But in his last years Fidel Castro made no secret of his distaste of the rapprochement with the United States and Mr Obama’s visit to Cuba in March.

Fidel’s departure removes the biggest single obstacle to change in Cuba. With the decline of the Soviet Union and of its support for Cuba the economy struggled in the 1990s supported by the growth of tourism, from everywhere except the USA.

More recently the economy was propped up by subsidies from Venezuela, mainly in the form of near-free oil. With the collapse of Venezuela’s economy, that aid has been cut.

Castro’s departure may be the start of a more open debate in Cuba about the island’s future. That would be welcome.

For some more reading here is the Miami Herald obituary: