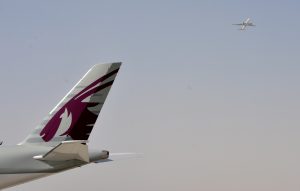 While Emirates Airline appears to be in a period of consolidation and cost-cutting Qatar Airways continues to forge ahead with new route announcements from its new hub airport in Doha.

The new airport has been a massive boost for Qatar Airways as transfers that used to involve long bus rides and over-crowding in an inadequate terminal are now through a super-modern terminal building.

These newly-announced destinations join the already-announced list of new destinations to start in 2017 including Auckland, Sarajevo, Skopje, Libreville, Nice, Chiang Mai, and Douala, the airline said in a statement.

It might be worth noting here that Chiang Mai was originally announced as a December 2016 start and this has quietly been dropped to 2017.

Qatar Airways will begin service to Krabi, its third destination in Thailand, on December 6 and service returns to the Seychelles on December 12.

Dublin is an interesting choice – with Emirates (2xdaily) and Etihad (daily) already flying there. Given that almost all the traffic is transit traffic through the ME hubs is there really enough demand out of Dublin for approx 1,500 seats a day. There will be a(nother) price war and that cannot be good for yields on any of the carriers.

Las Vegas leaves Phoenix for Emirates – widely thought to be the next destination for the Dubai carrier.