Home→asia→Goodbye 2016 – you will be remembered but not missed 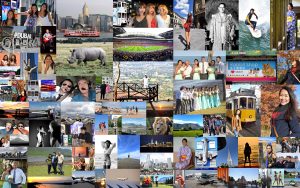 In international affairs it was a strange and alarming year.

For me, as the picture shows, I traveled, I flew, I met some interesting people. I went to New York, Hong Kong, Japan, Lisbon, ChiangMai, Bangkok, South Africa, Florida, Boston, Los Angeles and even Nashville. I saw Watford at Wembley and Blue Rodeo in New York!

Donald Trump won the US Presidency – a game show host who build his campaign on lies and fear-mongering; yet who was more in touch with the American people than a floundering, complacent Democrat campaign led by Hillary Clinton.

The US election has led to hateful polarisation on a scale I have not seen before fuelled among other things by the ability to abuse anonymously through social media. Trump campaigned on making America great again. It already was – in so many ways. The downhill slide starts on 20 January and may be irreparable.

Britons jolted their country and the world by voting to leave the European Union. Brexit. The stay in the EU campaign was weak; the benefits of EU membership were poorly justified. And now Briton will be an isolated little island without a seat at the big-boys table.

Syria’s agony played out before a largely indifferent world, its children staring into the camera with eyes wide in terror, blood flecking their clothing.

The president of the Philippines unleashed a merciless war on drugs, boasting of killing drug dealers himself when he was a mayor, and many of his citizens cheered him on.

The Chicago Cubs won the World Series after a drought of 108 years.

Leicester City (who!?) won the Premiership.

The King of Thailand died. The army is still in charge and basically managed the succession to Rama X – who has always seemed happier living his family life in Germany rather than dealing with Thai pomp and circumstance and listening to vacuous civil servants and army generals.

Chancellor Angela Merkel lifted many hearts and outraged others when she opened Germany’s doors to desperate refugees.

But as in Britain, France and Italy, there was a backlash from those who conflated Muslim refugees with terrorism, and migrants with economic competition.

The middle east’ response to the refugee crisis has been poor. Help them out but keep them at a distance,

After terrorist attacks from Paris to Nice, Berlin to Brussels, a frightened world is further barring its doors.

Meanwhile, Zika continued to ravage its victims. Cholera was the latest of the scourges visited on Haiti. Empty shelves and emaciated mental patients showed the worsening toll of Venezuela’s failing economy.

The FTSE ended the year at an all time high. While the gbp lost some 30% of its value after Brexit making British exports much cheaper – great for British competitiveness; Bad for anyone holidaying overseas.

The Olympics were held in Rio. Given the time difference I saw little of them. But they seem to have been successful.

China seems hell-bent on militarizing the South China Sea. Nothing about that is good news.

Yet if 2016 was a world turned upside down just wait until next year.