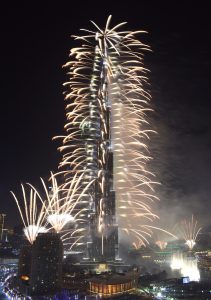 Let’s start the new year with some pictures from last night’s fireworks at the Burj Khalifa in Dubai.

It is a strange event – people start to arrive as early as 4pm. Just standing around the building sites close to the Burj. They must have resilient bowels – because there are simply no bathroom facilities for the crowds.

The fireworks themselves last about 6 minutes. This is not the extended displays of Sydney or London.

And where you are allowed to watch the fireworks does appear to depend very much in your status in Dubai. Actually that makes it a rather sad event. So typically Dubai.

Emiratis and friends of Emaar appear to have access to Burj Park.

Those with cash have access to restaurants in or around Dubai Mall where Dhs1,500 would buy you an outside seat and lots of donuts at Tim Hortons.

There were family viewing areas.

And then there were the places where single male labourers were expected to gather. Large crowds on the roads around Executive Towers, in front of the Taj Hotel and Millennium Tower. Watched over and controlled by a large security team. Occasionally someone would try to break through the security to cheers from their friends. But security was strict.

At midnight the fireworks provided a brief respite before the crowds tried to head home. 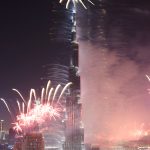 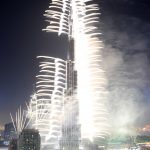 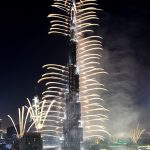 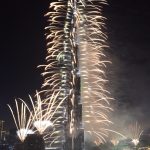 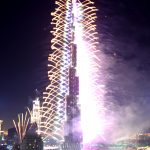 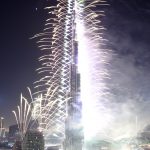 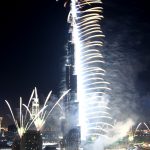 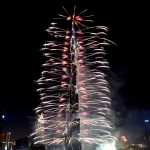 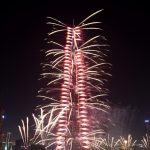 And then almost as soon as it has started it is all over.

There will be the usual Dubai hype. But it was very clear that the crowds were significantly less than in previous years. There is something about standing around for hours in some discomfort that is really not very appealing.