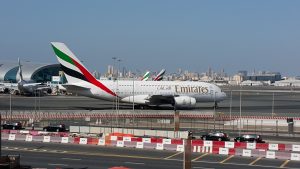 This is one of the best Emirates-related posts that I have seen for sometime on pprune.org.

The comments were in response to a question asking: “Has EK been the worst decision ever?”

But the advice does not just relate to flying careers – it is about how to plan your life through its different stages and with all the additional responsibilities that families can bring  as you progress through a career. The message is about finding a balance; or forever regretting it if you do not.

I’m one of those who came here from a now defunct airline.
Jumped early to come here (luckily).
Been here 10 years.
EK was a breath of fresh air when I got here.
Flew all over the world with interesting people in a big shiny jet. (Two engine thingy).
Moved to the left seat in time (lucky again).
Enjoyed the journey.
Made me a better pilot (unbelievably, as I thought I was already sh!t hot!)
My family flourished..we were two, now we’re four.
My kids spent their first decade of life running around barefoot, in shorts and tee shirts in the sunshine…that’s pretty good coming from a wet and windy island we call home.
Had a lot of fun in Dubai, in the desert and exploring the world down route.
My wife had a great life here.
We made some lifelong friendships.
Life was good.

Then…
Three years ago, (for me), I could see things going downhill here and the industry as a whole.
But of course you focus on what’s happening right in front of you.
First one wheel, then the next. How many wheels have they got to lose?
As the journey went on, there were things I discovered here, that quite honestly began to unsettle me.
Due to the type of flying, I hadn’t slept properly for three years…fits of four hours only, either at home, in an aeroplane bunk or a hotel.
I’d been walking around in a “fug” or permanent state of fatigue for some years.
I had no idea this was happening.
Every time I opened my eyes…I was in an aeroplane again.
My older brother recently told me I didn’t look well and I’d aged rapidly.
I lost my temper with my kids and shouted at them on several occasions due to a shortened fuse.
That part of it really hit home hard.
I’d been pretending that it doesn’t get any better than this, job wise, so had better just keep going…
I didn’t have a choice anyway…did I?
Keep taking the money…
Keep flying the roster…
Keep putting one foot in front of the other…
Sound familiar?
Then my wife turned to me one day recently and said simply “What are we waiting for? Can we just go? This isn’t doing you any good.”
Then I realised…

Of course I had a choice…(slow learner).
I quit.
I didn’t have a job to go to but I’d work it out.
Did I want another flying job? Not sure.
Flying used to be a passion of mine.
They beat that out of me.
That’s sad.
Then I found another passion.
My wife turned to me again recently one morning and said, “Since you resigned, you’ve been sleeping eight hours solid when you’re at home.”
Some of the wrinkles have left my face.
I felt a huge weight lift from me.
I felt more relaxed.
I’m going to take my little family home to our wet and windy island, with it’s green fields, rivers and forests and spend six months as a Daddy and husband and just be.
I’m lucky that I can go back to my country, I know some can’t. Very lucky; not every one has the choice… I KNOW.
I can’t afford it.
But I’m going to.
I thought I was doing the right thing, sticking it out for the foreseeable future, always telling myself,
“I’ll leave when I’ve found something better.”
There won’t be anything “better” flying wise.
So you could be here a very long time…waiting.

I’m excited about the future again for the first time in years because I made a choice.

True success is running your own race, staying on your own path, living by your values, moving towards your own dreams.

Don’t let anyone steal your life.