Home→UK→Terror and resilience in Manchester 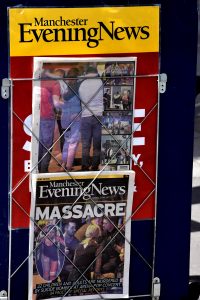 A suicide bomber killed himself and 22 more people with at least 59 injured, at the end of an Ariana Grande concert at the Manchester Arena last night. Approximately 21,000 people attended the concert.

Some of them were children. The youngest fatality is just eight years old.

Police named the suspect as Salman Ramadan Abedi, 22. He has not been formally identified by the coroner.

Sixty more people were treated by paramedics at the scene following the explosion.

Theresa May, the prime minister, confirmed the incident was a terrorist attack as she addressed the media outside Downing Street.

It is the deadliest terror attack to hit the UK since the 7/7 London bombings in July 2005.

The British Prime Minister summed up (well) the mood of the nation saying “all acts of terrorism are cowardly attacks on innocent people, but this attack stands out for its appalling, sickening cowardice, deliberately targeting innocent, defenceless children and young people who should have been enjoying one of the most memorable nights of their lives.”

It took a Brit in the USA to sum up what this means for Manchester. James Corden paid tribute to Manchester on CBS’s the Late Late Show on Monday night.

“It’s famous all over the world for so many wonderful things,” the visibly shaken host of the US chat show said.

“Great football teams, Man City. Man United. Incredible music, Oasis and Joy Division. It was the birthplace of the leader of the suffragettes, it’s the home of the inventor of the first computer. It’s a place full of comedy and curries and character.

“But when I think of Manchester, the place that I know, I think of the spirit of the people there, and I’m telling you a more tight-knit group of people you will be hard-pressed to find. Strong, proud, caring people with community at its core and, if it was even possible, the spirit of the people of Manchester will grow even stronger this evening. My thoughts and prayers are with everyone in Manchester tonight, all of the staff at the MEN Arena, all of the security teams, all of the emergency teams, Ariana and her team and all of those families affected by tonight.”

There are countless such comments; together with commendation of the attacker.

Coincidentally Tai and I arrived in Manchester around midday from Dubai on a rather subdued Emirates flight 17.

We are staying downtown for one night. The police had encouraged people to avoid Manchester City Centre for the day. Many stores did not open. Those that did closed early. Under a bright blue sky there was almost no traffic in the city.

A vigil was held for the victims of this atrocity at 6pm in Albert Square at the Town Hall. 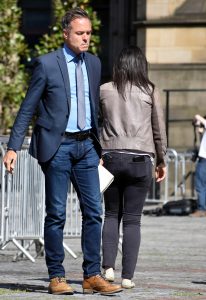 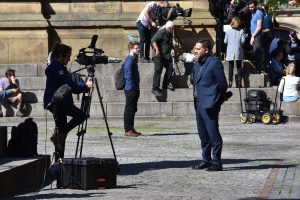 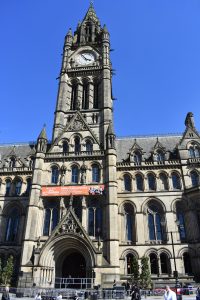 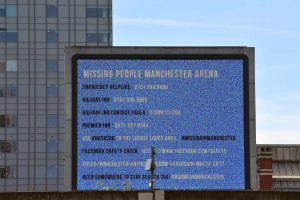 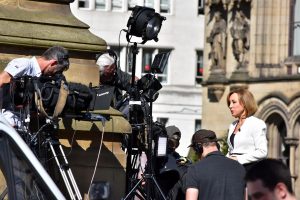 The world’s media had gathered quickly. This was not just a UK story.

Manchester will recover. It is a strong city. The families affected will find the recovery a much harder and longer process.

Terrorists do not win. But the ease with which they can strike at the very core of society should never be underestimated.