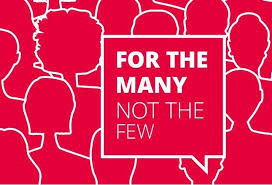 I cannot vote in the 2017 UK General Election – I have lived away from the country for too long.

“For the fourth time in three years, Britain is once again at a moment of reckoning. Since 2014, powerful forces have threatened to pull us apart. Bonds of trust and respect have been damaged by a series of votes that have divided us from each other and the rest of the world. Next week, the British people have a chance to change that: to begin unwinding a political project of isolationist policies that with Brexit has seeded a fear of the future; to dispense with an economy where chief executives’ pay races ahead while the poorer half of the population sees income fall; to jettison the Victorian idea that moral courage and enterprise could replace the state in securing people’s freedom from want, ignorance and disease. The opportunity to reverse direction is the outcome of a series of votes that have shaken post-crash Britain. These started with SNP dominance in the wake of the Scottish independence referendum. The vote last year on Britain’s membership of the European Union has also shrunk, for very different reasons, Ukip and the Liberal Democrats. The result is that, in England and Wales, we have the return of two-party politics and a straight choice between a Labour or a Conservative government.

These votes have shown an undoubted, if perhaps inchoate, wish for a different, fairer, better and more decent Britain – one that is less divided and more socially just; one that is more hopeful and less fearful. People are worn down by an economy that depends on stagnating pay to shore up employment and a hollowing out of civic life.

The Conservatives do not deserve our vote. Their claim that they will use the power of the state to help people and promise to raise the living wage, build affordable housing and deal with spiralling energy prices is a welcome development but one not matched by their policies. Their uncosted manifesto is a diversion from the consistently callous and negligent record in office. This has seen food banks become a feature of our communities, seen school budgets cut for the first time for 20 years and left patients waiting longer than ever in hospitals that are mired in deficits. Tory economics has created a new working class of people with jobs but in poverty. Instead of being serious about rebuilding the public finances without loading the costs on to the poor, the Tory party wants to bring back foxhunting and ask new mothers who have been raped for verification if they wish to claim benefits for more than two children.

The Conservatives have also opted for an overtly hardline approach on Brexit – driving their support with a false claim that Britain is under attack by either internal or external enemies. It ends up with the Tories promoting the worst possible outcome for Brexit Britain: walking away from the EU without a deal and an immigration policy that will undermine growth not create it. This would be a disaster for all of us, cutting us off from our biggest export market and neighbours with whom there are bonds of common endeavour. It is the intertwining of austerity with a hard Brexit that renders the Conservatives unfit for office. The Tory plan to win the election was for it to be a presidential contest, one centred on personalities rather than policies. The idea was to present Theresa May as a strong leader who would be better at getting a good deal for Britain from Brussels than Labour’s Jeremy Corbyn. She chose to hold an unnecessary election for which there was no appetite.

Her campaign has been grimly negative and entirely joyless. Her jumpy U-turn on her social care proposals revealed Mrs May to be a poor judge of campaign tactics. It was especially foolish because it was presented as part of an intergenerational conflict over shrinking resources. Mrs May is reluctant to risk much interaction with voters and is evasive with journalists. Her failure to call out Donald Trump’s destructive impulse over the climate change accord speaks volumes. We should disregard the propaganda masquerading as news from the acolyte press: as Mrs May’s credibility on the campaign has withered, Mr Corbyn’s has grown. Mr Corbyn unquestionably has his flaws. Many see him as a fluke, a fringe candidate who stole the Labour leadership while the rest of his party was asleep. In parliament he failed to reach beyond his faction. He is not fluent on the issues raised by a modern, sophisticated digital economy. His record of protest explains why some struggle to see him as prime minister.

But Labour’s leader has had a good campaign. He has been energetic and effective on the stump, comfortable in his own skin and in the presence of others. He clearly likes people and is interested in them. He has generated an unfamiliar sense of the possible; once again, people are excited by politics. The campaign itself has been unexpectedly strategic, based on a manifesto adroitly pitched both at energising Labour’s base and the under-35s, who have responded with rare enthusiasm. That manifesto quickened political pulses. It’s not perfect – it over-emphasises the state and fails to tackle Tory benefit cuts – but it is a genuine attempt to address a failing social and economic model. In many ways, it is a painful reminder of how much of our collective sense of social justice and community spirit has been lost since 2010. Labour has set the terms of the political debate: most notably with a Keynesian response of increasing public investment, and increasing public spending financed by higher taxes, to stimulate the economy so that the country ends up wealthier than anything proposed under Tory plans.

If centre-left politicians want to regain support for their policies, they must find ways of engaging with provincial Britain – with its economic needs, its sense of place, and its estrangement from the corridors of power – as well as courting urban citadels. In talking about the big questions – about the inequality of wealth and power – in moral terms, of what is right and wrong, Mr Corbyn is on to something resonant, something common, something good. If he were to win, then he must respect all of the party’s traditions, rebuild the Labour coalition in the Commons and recruit the party’s best talents into government. Labour needs to find a convincing voice to conduct tricky Brexit talks. Mr Corbyn would need to stick to the manifesto: most important, given Labour’s economic reputation, to show that his party can unlock growth through careful and prudent stewardship to pay for the public goods it wishes to deliver.

Our desire is for a Labour government, but our priority is to stop the Conservatives. All politics is local and there are unique dynamics in Britain’s 650 constituencies. The electoral script in Scotland is now plainly different and we will consider the options there in a separate editorial. Similarly, Northern Ireland has its own narrative. There are many reasons to vote Lib Dem, not least their campaign for membership of the EU’s single market and reform of the voting system. Likewise, the Green party – and the epoch-shaping concern over the environment – should not be dismissed. Our support for Labour does not mean a “progressive alliance” of like-minded parties should be discarded. It should be embraced as an idea, but one whose time has not come. To limit the Tories by tactical voting makes sense.

Forecasts in politics are based on the premise “if present trends continue” and it is in the nature of trends to change. That is what makes this election so interesting. We do not know what political groups are coalescing, what realignments are taking place. Politics is changing. What seems important today, history may well judge irrelevant. An election is a chance to snatch a cup from the stream of public opinion. While we stare into its depths, the river rushes on. Most pundits think the voters will repudiate Mr Corbyn’s Labour party. They may do so. But Mr Corbyn has shown that the party might be the start of something big rather than the last gasp of something small. On 8 June, Labour deserves our vote.”