Home→UK→Do not mess with us 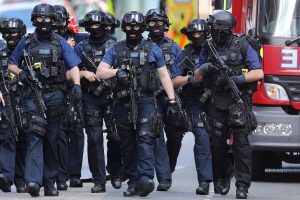 The police were alerted by 10.08pm phone call and within minutes the three terrorists were chased down and killed.

There are many pictures and first hand accounts of the attack and the scenes that followed. You can search for these online and read the media accounts.

The response of the police and emergency services was simply outstanding.

London Mayor Sadiq Khan described the assault as a “deliberate and cowardly attack on innocent Londoners.

London will be as resilient as Manchester two weeks ago. Londoners have seen far worse that three evil men in a van.

The Guardian’s live blog provides measured and up to date coverage of the continuing investigation and stories from eye-witnesses and those affected. Worth following.