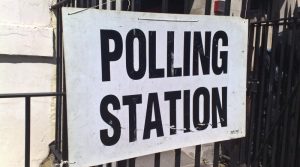 It was a shocker – and the worst part is that Mrs May seemed unable to publicly acknowledge just how bad it was.

At the start of this campaign the Tories had a 17 seat working majority in Parliament and enjoyed a 20 point lead over the Labour Party.

Mrs May called a snap election to humiliate the opposition – to give her a working majority of at least 80 seats in Parliament.

She is now presiding over a hung government with no working majority. A government that relies on ten reactionary Irish DUP members for its right to govern.

A coalition of chaos indeed. But not the one that Mrs May told us all to fear.

Strong and stable. Weak and wobbly.

The result is a disaster for Mrs May. She chose to call the election despite having a working, if small, parliamentary majority. And she chose to focus the campaign on her claim of being “strong and stable”.

She emerges a diminished figure—probably irreparably so. She will not last.

One lesson; you have to campaign. Jeremy Corbyn hustled; he was available; he was energetic; he listened; he debated.

Mrs May’s refusal to debate directly with opponents smacked of arrogance or, worse, a deep lack of self-belief.

What next? The biggest question is what will now happen to Brexit. Had Mrs May won with a substantial majority, she would shortly have begun Brexit talks.

There must now be doubt about how such talks will go ahead.

Many Conservatives now want to dump Mrs May, even if there is no obvious candidate to put in her place. Though there are plenty of ambitious Tories.

Mrs May will form a government. She talks about providing certainty to the people. She is in a parallel universe.

The likely outcome is another election. October. 19th. A coalition or a minority government will be inherently unstable. The precedent is 1974 and 1923, when fresh elections were held within a year.

An election that was meant to be a coronation turned instead into a wake.