It is ten years since I was last in Paris.

It may be a long time, if ever, before I go back.

But a city that is basically unchanged in centuries changes little in ten years. 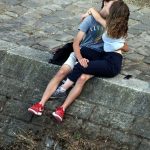 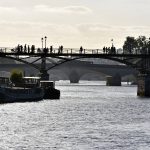 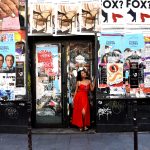 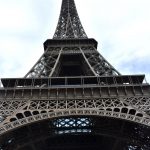 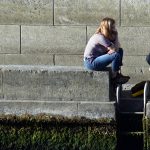 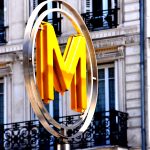 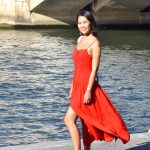 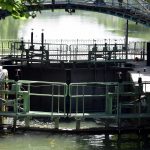 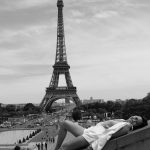 I have a new favorite area to stay…in La Marais. Old, traditional, local Paris. A little more gentrified than it used to be. Stretching East and West from the Georges Pompidou Centre to Bastille. Away from the tourists; close to everywhere you might want to see in a short stay. Nice coffee shops, galleries, boutiques; but also a Monoprix!

Some things have not changed, though they are less blatant. The dog crap on the streets. The arrogance. The crap food in the most tourist restaurants. Awful public washrooms. Dirt. Garbage. Too much cigarette smoke.

But it really does not matter. It is a city that always surprises. A city that always has a new corner to explore, a new park not visited, a cafe to pass the hours, someone carrying a baguette.

Canal Saint-Martin is also a part of the city that is enjoying a regeneration; worth a visit for a calm walk along the canal. Sit with your picnic or head to one of the local cafes. The canal is still navigable.

The Seine on a summer evening still has its magic. It is where people come to sit and talk, drink wine, eat a little, discuss the meaning of life, get to know eachother a little better, a little closer.

Actually the sun does wonderful things to Paris; the parks fill up; the cafes buzz. No one seems to be in their office.

So we walked a lot; had a dreadful meal near the Sacre Coeur – but the wine was good. Had a great lunch at Les Enfants Perdu, walked by the River Seine, sat outside a cafe for breakfast…all very Paris. Except for turning a corner while we were walking to see a guy shitting in the middle of the road. Ah Paris, so classy. I thought it was just the dogs that were a problem.

The most obvious change is the very obvious increase in security. Everywhere we walked there were also patrolling, heavily armed police. It is actually quite intimidating at first. And it is not clear whether this is due to some form of known threat. Their main target on Monday night were the Heineken sellers at the Sacre Coeur; arrest some, deter the others.

In hindsight I do wish that at one stage in my career I had worked for a couple of years in Paris. Too late now. But it would be a fun place to be a local; and my French would be so uch better.

Nice trip; glad we went; suspect that may be my last time there.