Home→asia→#HK20 – marching for the future of Hong Kong 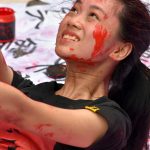 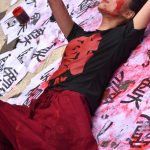 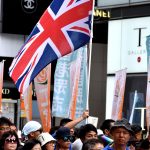 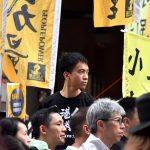 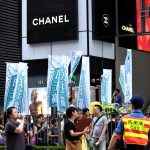 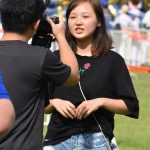 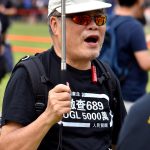 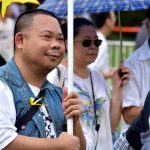 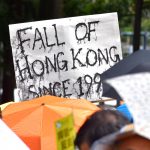 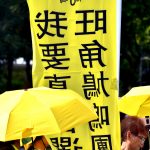 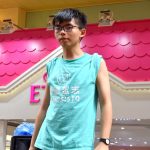 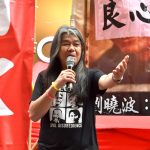 Every 1 July there is a march in Hong Kong; an expression of hope for the future of Hong Kong.

It is not a nostalgic look to the past. It is a wish for the rule of law; freedom of speech and expression; for an independent judiciary; for a way of life. Yes Hong Kong is a part of China. But it thrives because it is different from any other Chinese city.

Sadly President Xi left before the pro-democracy march in Hong Kong today. Though he did make a bi of a show on his departure! 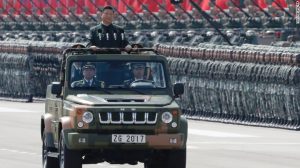 What did he miss? Tens of thousands of people walking from Victoria Park in Causeway Bay to Admiralty. In the sun; humidity and rain. We marched peacefully; quietly; almost sombrely.

The good news. It was a remarkable mix of ages. It was peaceful. It was proud. The organisation at the Victoria Park start point was efficient and welcoming.

The bad news. It was rather sombre. It has been partly hijacked by Falundafa – who are well-organised, funded, uniformed. Hong Kong’s 1 July march is really not their issue and their presence muddles the message and its significance.

People were thoughtful – I was offered shelter under an umbrella, a cover for my head.

The police were very visible – and out in huge numbers – who knew that there were so many police in Hong Kong? And all wearing the same expression of utter dis-interest!

Why was I there? Because Hong Kong is a beacon for China. Because its hard-working, free-thinking people deserve some degree of self-determination; because its people enjoy and want freedom of expression and thought; because so many people now recognise that there is more to life than making money.