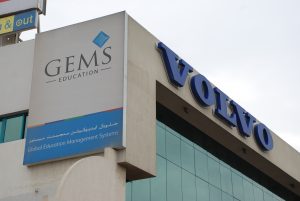 Up front I should declare some interest in this story as I worked for GEMS in 2007 and 2008.

Now a decade later the long-muted GEMS Education IPO is a little closer to reality.

The Financial Times is reporting that GEMS Education, an international operator of private schools has picked four investment banks, including Bank of America Merrill Lynch and JP Morgan, to pursue an initial public offering next year.

The largest school operator in Dubai has also included Credit Suisse and Morgan Stanley in the process.

It is not clear how big of a stake GEMS is planning to float or the price target is it aiming for for the shares. But the IPO could value the company at between $4.5bn to $5bn, the FT reported.

The FT states that GEMS has operates more than 250 schools in 14 countries. The company’s web site shows 87 schools in 13 countries. The difference is likely made up by managed schools where GEMS manages the school for a fee under contract to the owner.

GEMS was set up by two Indian teachers – KS Varkey and his wife Mariamma – after arriving in Dubai in 1959. Their son Sunny Varkey has grown the company to its current size initially with support from Abraaj Capital and more recently with backing from Fajr Capital, Bahraini state investment fund Mumtalakat and US buyout group Blackstone, .

GEMS said that it had secured a $1.25 billion seven-year loan after the end of August 2017 of which $900m had been drawn. GEMS said that the syndicated loan was led by Abu Dhabi Islamic Bank, Emirates NBD Capital, HSBC Bank Middle East, Mashreq Bank and Noor Bank.

The company also said that it had secured a $250m five-year revolving credit facility.

Investors should so appropriate caution in the IPO of this business. Of the 87 owned schools 46 are in the UAE. The company remains heavily dependent upon the security of the UAE in a region where tensions have increased in 2017.

The school operator is also dependent upon the continuing support of the UAE government and school regulators. Fee increase are government controlled. Land acquisition for new schools is controlled.

Building non UAE revenues and profits has to be a key part of the company’s growth.

The other concern for investors might surround the leadership of the company. The website’s leadership section shows just the Chairman, Sunny Varkey, and three board members, two of whom are Varkey’s sons. It remains a business that is largely controlled by the family.

However, the business model is clever and successful – operating schools across a spectrum of curriculum and at multiple price points.

What the website fails to show is who are the drivers behind the education and corporate offices. There are no other executive profiles on the company website.

The IPO is expected in 2018 and the company will be listed on the London Stock Exchange. GEMS Education has more than 250 schools in 14 countries.

Watch this space for more.