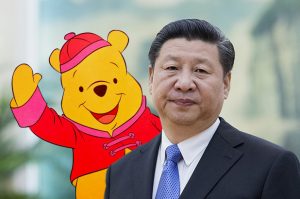 The news broke at three minutes to four on a chilly winter’s afternoon in a two-sentence bulletin.

“The Communist party of China central committee proposed to remove the expression that the president and vice-president of the People’s Republic of China ‘shall serve no more than two consecutive terms’ from the country’s constitution,” Xinhua, China’s official news wire, reported. “The proposal was made public Sunday.”

It was a typically dreary communique from the party-controlled propaganda agency. But to those who have spent their lives battling to decrypt the enigma that is elite Chinese politics, the text’s historic significance was unmissable.

This was Xi Jingping’s statement of intent.

He is China’s 64-year-old leader and he is poised to lead the world’s second largest economy and one of its largest military forces well into next decade and quite possibly beyond.

Bill Bishop, the publisher of the Sinocism newsletter on Chinese politics, said the move confirmed Xi’s mutation into a species of “Putin-plus” – only Xi is “much more effective, much more powerful and, frankly, much more ambitious” than his Russian counterpart.

The first five years of Xi’s reign, which began after he was named the Communist party’s general secretary in late 2012, have seen what many call the worst political crackdown in decades. Activists, dissidents and intellectuals greeted Sunday’s move with trepidation.

State media – from which China’s authoritarian leader has demanded “absolute loyalty” – put a positive spin on the decision to scrap rules (a previous maximum of two 5 year terms) that were introduced in the 1980s to guard against the kind of catastrophic cult of personality that grew up around Chairman Mao.

An English-language editorial in the Global Times, a party-run tabloid, claimed “all Chinese people” backed the move and saw Xi as the right man to lead them into “a new era for a hopeful China”.

His anti-corruption drive has removed potential opposition. It has also, with his pledge of national rejuvenation, struck a chord with many ordinary people. Not so unlike Mohammad bin Salman in Saudi Arabia.

Xi’s risk is internal and external. If the economy or foreign policy go badly awry he is at the helm. His people also have much greater access to international travel, ideas and news sources. Dissent can only be controlled so far in a nation the size of China.

There is clearly concern at his move. The nation’s censors have been busy. In the longer term, China may well find, as previous leaders recognised, that strongmen can mean anything but stability.

Loveable Winnie the Pooh has long been banned from Chinese social media in light of unflattering memes comparing Pooh to President Xi Jinping.

In addition several key terms have suddenly been subjected to heavy censorship on Sina Weibo, China’s Twitter-like microblog since Sunday.

According to censorship-monitoring websites China Digital Times and Free Weibo, censored phrases include:

China employs millions of people to monitor and censor internet activity. So it’s not surprising that overtly critical posts, such as these two, were blocked:

“It took over 100 years to overthrow imperialism, and 40 years of reform and opening up, we cannot return to this type of system.” – User ‘Jianyuan Shunshui’

“One of the reasons why a tenure limit is so valuable and adopted by most countries is that we need fresh blood to maintain the balance of different peoples’ opinions.” – ‘Renzituo 2hao’

If you search for the phrase “Winnie the Pooh” on Sina Weibo, the site brings up a message saying: “According to relevant laws, regulations and policies… search results are not displayed”.

It is heavy handed and there is more to come.