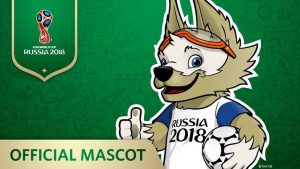 The Economist on the eve of the 2018 World Cup:

“VLADIMIR PUTIN rarely speaks English in public, but he made an exception in 2010, when Russia won the right to host the World Cup in 2018. “From bottom of my heart, thank you,” he told the FIFA organising committee. For Mr Putin the tournament, like the Sochi Olympics in 2014, offered a chance to showcase Russia’s revival under his leadership. “We want to show to the world the new Russia, open and hospitable in every sense,” said the sports minister at the time, Vitaly Mutko.

Since then Russia’s actions on the world stage have been anything but friendly. Its annexation of Crimea in 2014, the war in eastern Ukraine and military intervention in Syria have cast a pall over relations with the West. Mr Mutko himself landed at the centre of the Sochi Winter Olympics doping scandal. (Mr Putin rewarded him with a promotion to deputy prime minister.) The poisoning of a former spy, Sergei Skripal, in Salisbury earlier this year led to calls from the British government for officials to boycott the World Cup. Last month, Dutch-led investigators implicated Russia in the downing of Malaysia Airlines Flight 17 over eastern Ukraine. As a group of victims’ relatives wrote ahead of the tournament, “We are painfully aware of the dark irony that the Russian leaders who will profess to welcome the world with open arms, are those who are chiefly to blame for shattering our world.”

Yet as the cup kicks off, the world seems willing to look past politics. Although the Russian team—the lowest-ranked of all the competitors—will be lucky to make it beyond the group stage, Mr Putin stands to reap a PR victory. The tournament will bear little resemblance to the 1980 Olympics, when America led a 65-nation boycott in response to the Soviet Union’s invasion of Afghanistan; only Iceland among the participants has joined Britain in refusing to send high-level representatives. More than 1m foreigners are expected to visit Russia over the next month, taking advantage of simplified visa procedures. Among foreigners, Americans have bought the most tickets to games.

Russia has spared little expense to present a friendly face, putting some $11bn towards infrastructure and a host of shiny new stadiums. (Corruption and overruns have been widespread, though not nearly at the level of the $50bn Sochi Olympics.) Wide pedestrian walkways and lush greenery greet visitors to Moscow, the product of years of renovation. The centre boasts nearly universal wifi coverage and a plethora of craft-beer bars. “I already love it,” declared Jonathan Mascorro of Texas, as he pondered options for bahn mi and pho at a Vietnamese restaurant in Moscow’s Gorky Park this week. Smaller regional host cities will have sparser amenities, but have also been spiffed up. Hordes of English-speaking volunteers have been recruited; taxi drivers have been encouraged to brush up on their language skills, too. (As one Moscow cabbie quips: “I’m already tired of saying khello.”) Even typically surly train conductors are being taught to smile at customers.

To preserve the festive atmosphere, the Russian authorities will have to contend with several difficulties. One is the threat of clashes. Violence between Russian and English hooligans in Marseille marred the European Championship in 2016. Russian police have cracked down since, rounding up rowdy fans and warning local hooligans that there will be no tolerance for disturbances. Another peril comes from terrorism. With 11 host cities, and 2,500km separating the farthest-flung, Russia’s World Cup offers an attractive target for lone-wolf attacks. The Islamic State (IS) group made explicit threats ahead of the tournament, posting propaganda images with popular footballers in orange jumpsuits.

The Kremlin will also have to keep attention away from its own repression at home. As the fans arrive, cinemas have been showing “Leto”, a new film directed by Kirill Serebrennikov, who has been under house arrest on trumped-up corruption charges for nearly a year. Russia’s leading opposition politician, Alexei Navalny, will also spend the opening ceremony behind bars after leading anti-Putin protests last month. Oleg Sentsov, a Ukrainian film director jailed on fabricated terrorism charges, has been on hunger strike since May 14th, demanding the release of other Ukrainian political prisoners. Once the fans depart later this summer, they will remain.

The beautiful game can offer only a temporary respite from ugly realities.”