Home→asia→To Brexit or not to Brexit 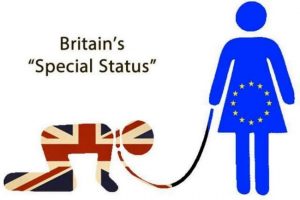 That is indeed the question.

Though to be honest the answer should be obvious. There was a referendum. The people voted to leave. Now there is an outcry from those who did not want to leave that there should be another vote – largely based on the fact that the negotiations are a shambles and that with little more than six months to go no one knows what Brexit will look like.

These thoughts were prompted by a friend’s post on facebook. Now I avoid politics and controversy on facebook because there are some really strong views out there – and I really do not need a facebook war.

But have a read of this:

“While I love my country, I’m amazed by people who think that the chancellor knows nothing about economics; or that the financial experts of the Uk, Germany and America know less about the complexities of international trade than the average bloke in the pub.

Brexit defies the changing focus of the world – a global community working together in a global marketplace. Cultures sharing. People learning from each other.

Brexit will pave the way for decades of self inflicted pain. Poverty for millions – all because they believed the lies of a few people seeking only to bolster their own political careers.

The original purveyors of those lies should be charged with treason.

Making up numbers and writing them on a bus.
Breaking of campaign finance laws
Interference by an enemy power through social media manipulation.

All of the above is now proven fact.

To go ahead with this Brexit insanity would be a complete and total disgrace.

Let’s live together in peace.”

And after reading it a few thoughts:

Fundamentally I agree with the premise that Brexit is a disaster. It was always going to be. But here is the problem. I have an opinion; I do not have a vote. I have been away from the UK for too long. And I doubt that the author of the above voted either. So if we did not vote, and if we did not actively campaign, do we actually have the right to tell the British people that they were wrong and that a new vote is needed?

The result was a strong endorsement of the EC, with 67% in favour on a national turnout of 64%. The referendum result was not legally binding; however, it was widely accepted that the vote would be the final say on the matter and would be politically binding on all future Westminster Parliaments.

It was my first vote; I had just turned 18. I voted not to join the EU. I thought we were under informed of the benefits and costs of membership and of the loss of control of distinctive aspects of the British legal and government systems.

But I never said that the 67% were wrong and that another vote was needed until we got the result that I wanted. I accepted (ok this was a bit naive!) that our elected officials would represent our best interests.

The EU/EEC has multiple faults. But it is stronger as a union with common values than it is as a series of diverse, competing states.

For a while the idea of a global community working together in a global marketplace as the above author writes was attractive. For many it still is – but what it has done is made the rich richer and the poor poorer. It has helped concentrate economic power in too few hands. Which is in part why there is such a strong movement away from globalisation in favour of protectionism, trade barriers and growing nationalism. NAFTA is comatose. The Trans-Pacific partnership. Now defunct. The GCC has broken apart and a common gulf market is dead.

For too many people globalisation did not work. Culture sharing; people learning from eachother? It is a starry utopia. Movement of labour is the privilege of the few and in the end globalisation has meant little more than continually moving production to the place with the lowest costs. Too many people were left behind unable to move with their work. Unemployed. Untrained. Replaced. Fearful. Not just in the UK. These are the same forces that drove Trump to victory. A sense that the old establishment was too busy looking after itself and not the people that they were responsible to.

The Brexit vote reflected those fears. That the result of the vote was such a surprise shows just how complacent the remain campaign had become.

As for the Brexit campaign; shock and horror; politicians lie. The Scottish Independence referendum was a good bell-weather for that. Promises made. Not delivered.

But it was not political lies or social media manipulation that determined the outcome of the vote. It was the utter hopelessness of the remain campaign. No one could effectively argue why it was that the UK should remain in the EU; why the EU was a source of strength not weakness. Meanwhile, as loathsome as the Brexit leaders were and are, they made a coherent and emotional appeal that resonated.

You cannot simply have another vote because you don’t like the result that you got. What you do have to do is make the best of the new order; to create a Brexit that is good for the UK and that maintains bridges and alliances into Europe. And that is where the failing is.

Britain will muddle along; but Brexit is part of a recognition that despite its imperial past Britain’s stature is greatly diminished. And that is history – nations rise and fall. Forming alliances with the dictators, despots and autocrats of Asia may be Britain’s best way forward. Perhaps it is Chinese, not French (or god help us, Latin) that should be taught from an early age in all British schools.