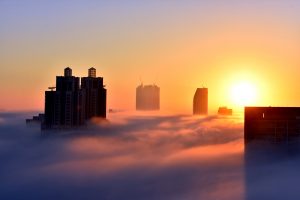 This website has in the past defended the UAE; praised some of the initiatives there and the willingness to embrace people from around the world.

Now of course this was not without a purpose. On its own the UAE could never have sustained the growth that it has enjoyed over the last thirty years.

In the end the primary beneficiaries of the labour of other nationalities are the Emiratis who despite being a minority still mostly run and own their nation through their family and tribal structures.

But over the last two years things have changed. The UAE has become more closely aligned to Saudi Arabia. It has become more secretive and more sensitive. And form of domestic criticism is illegal and harshly dealt with. Debate is non existent.

He was arrested at Dubai airport on May 5. He had just wrapped up a research trip focusing on the UAE’s security policies and was about to head home.

The arrest was kept out of the public eye until last month due to a recommendation from the British Foreign and Commonwealth Office (FCO) to Hedges’ wife, Daniela Tejada, to stay silent.

Despite the FCO’s advice and concerns about mistreatment in prison that could result from going public, Tejada exposed the details surrounding the arrest of Matthew Hedges to the British press on October 11.

Days later, Hedges was charged with espionage by the UAE authorities and was ordered to remain in custody until November 21, when evidence relating to his case would be re-examined.

Yesterday in a five minute hearing with no defense lawyer Matthew was found guilty of spying and sentenced to life imprisonment.

No evidence of his alleged crimes has been presented.

After the Arab Spring the UAE authorities increased pressure on the few political activists in the country. After 132 Emiratis signed a petition in March 2011 requesting all UAE citizens gain the right to vote, the UAE authorities swiftly arrested human rights activist Ahmed Mansour and leading Emirati economist Nasser bin Ghaith, who supported the petition.

Along with three other activists, they have been charged with “publicly insulting” top officials in the UAE and conspiring “against the safety and security of the state in association with foreign powers.” These arrests were followed by the detention of 54 Emirati political and human rights activists in 2012 on charges of threatening state security and undermining public order.

In 2012, the UAE passed a repressive cybercrime law that effectively closed off the country’s only remaining forum for free speech. The law’s vaguely worded provisions provided “a legal basis to prosecute and jail people who use information technology to, among other things, criticize senior officials, argue for political reform, or organize unlicensed demonstrations”.

It is within this repressive climate that Matthew Hedges embarked on researching UAE’s involvement in Yemen, among other sensitive issues, which led to his detention and arrest.

The West ignored this repressive environment. They even awarded the UAE a prized seat on the United Nations (UN) Human Rights Council and lucrative foreign investment contracts.

It may be that Hedges was arrested as a bargaining chip to pressure the British government to label the Muslim Brotherhood as a terrorist organisation, and extradite Emirati dissidents living on British soil. It may be that he was arrested to send the strongest signal to other foreign researchers.

It is time for a rethink. The UAE is not a friend. It is a trading partner. Mainly for the weapons industry. Arms contracts that support the UAE’s military intervention in Yemen should be immediately placed under review.

This is today’s editorial from The Guardian:

This year, the United Arab Emirates launched the inaugural World Tolerance Summit – its latest initiative to brand itself a humane and progressive country celebrating openness and dialogue. That was last week. Today, it jailed the British academic Matthew Hedges for life for spying, stunning diplomats as well as friends and supporters. The sentence has sent a chill through academics and others who deal with the UAE. It is not only an injustice to Mr Hedges, but a slap in the face for the UK, coming days after Jeremy Hunt met de facto leader Crown Prince Mohammed bin Zayed and said he was hoping for a good outcome. Today the foreign secretary said he was shocked by a sentence contrary to assurances from a “friend and trusted partner”.

Mr Hedges was held for five months in solitary confinement with no legal access; his family say he was fed a cocktail of drugs and made to sign a document in Arabic, which he could not read. The charges against him reportedly rested in part on this “confession”, though no information has been given on the basis of his conviction and sentencing. He had no lawyer at his hearing, which lasted less than five minutes.

These blatant violations of rights are not in themselves surprising; three years ago, a UN expert voiced extreme concern about serious allegations of violations of due process and fair trial guarantees, especially in state security-related cases. The UAE is an authoritarian country which has taken a sharp turn towards increased repression since the Arab spring of 2011, notably with the mass trial of the “UAE 94”. This spring, the prominent academic Nasser bin Ghaith and the award-winning human rights defender Ahmed Mansoor were both jailed for 10 years. But such a severe sentence for the citizen of an ally, against all signs to the contrary, is unprecedented.

Mr Hedges, a student at Durham University, had been researching a PhD thesis on foreign and security policy after the Arab spring when he was detained. Though his family insist he is innocent and say MI6 has given assurances he was not working for them, it is possible that the UAE did not believe its ally. Yet that does not account for its apparent U-turn. One analyst has described him as a pawn. Many note that the judgment comes just after the UK tabled a UN security council resolution calling for a truce in the devastating war in Yemen, where Saudi Arabia and the UAE have led the coalition against Houthi rebels.

Scholars have rightly denounced Mr Hedges’ treatment; institutions funded by UAE cash should show the spine to do likewise. But it is not only academia that has an imperative to act. The UAE is a former British protectorate; the UK still trains its armed forces. Bilateral trade doubled between 2011 and 2016, to £15bn, and continues to soar. But when the UAE shows its ally such contempt, business as usual is neither right nor wise. Mr Hunt has warned of serous diplomatic consequences. The UK must stand firm for its own sake as well as that of Mr Hedges.