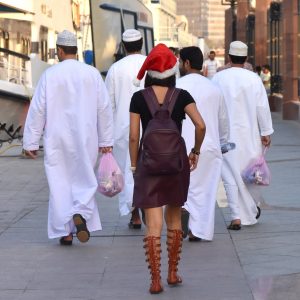 Tonight is the blockade derby. UAE at home to Qatar in the Asia Cup semi final. The winners will play Japan in the final.

The tournament has been played against the backdrop of the nearly two year old dispute, which saw Saudi Arabia, the UAE, Bahrain and Egypt cut political, diplomatic and economic ties with Qatar and impose a land, air and sea blockade on Qatar.

The Qatar team will be expecting a very partisan home crowd of 42,000 in Abu Dhabi at 6pm local time.

There will no Qatari support. Showing sympathy for Qatar is punishable in the UAE, with a jail term of up to 15 years.

The match is the first meeting between the two regional rivals since the start of the Gulf crisis.

Free tickets were distributed among “loyal” Emirati fans on Sunday by the Abu Dhabi Sports Council, which bought all the remaining ones for Tuesday’s semi-final.

Emirati officials have clearly politicised Asian football’s flagship tournament and there will be even more noise should the UAE, who are favorites, win.

“The absence of fans from Qatar appears to mark a failure by the AFC to obtain sufficient assurance from the hosts that representatives from all participating nations will receive fair and equal treatment,” said Kristian Ulrichsen, author of The United Arab Emirates: Power, Politics and Policy-Making.

Political tensions marred Qatar and UAE’s last football encounter at the under-19 AFC Asian Cup in Indonesia in October, when the Emirati captain shrugged off a customary handshake with his Qatari counterpart at the start of the match. Pathetic – bit no doubt heroic to his countrymen.

“The AFC said it expects “all supporters, players and teams to be well behaved” during the tournament.

“Any infringement of the rules will be dealt with under the AFC regulations,” the Asian football body previously told Al Jazeera in an emailed statement.

The President of the AFC is Shaikh Salman bin Ebrahim Al Khalifa  – a member of the Bahraini ruling family. Bahrain, very much a Saudi vassal state, is a member of the anti-Qatar alliance. So do not expect much help for Qatar from the AFC.

I am no great fan of either nation – but Qatar can claim underdog status and the drum beating from the Saudis and the UAE has been remorseless. So – go Qatar!