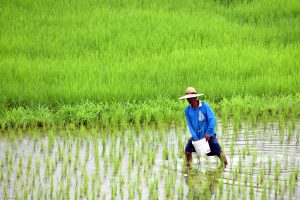 There is an election in Thailand in 40 days and there has already been enough controversy to fill many newspaper columns and lead to significant speculation.

What is telling is that the controversy and speculation is all about old establishment figures. Nothing is new. So far.

Last Friday was the scheduled deadline for Thailand’s political parties to announce their premiership candidates ahead of the March 24 elections.

While briefly addressing some of the events there is much more detailed writing and analysis elsewhere and like all domestic commentators it is wise to be cautious.

General Prayuth Chan-ocha, who took power in a coup in 2014, was due to announce his candidacy. His election seemed very much guaranteed, given the new constitution promulgated by his government in 2017, which gives the army complete control over the senate and almost a final say over the appointment of prime minister.

But the news was not about Prayuth. Instead the Thai Raksa Chart Party, a newly created political organisation linked to the overthrown Prime Ministers (and siblings) Yingluck and Thaksin Shinawatra, made an announcement that shook the whole country.

While technically a commoner (after her marriage to an American who she subsequently divorced)) the Princess is considered by the media and public as a member of the country’s royal family.

The assumption was that her campaign had the approval of Thailand’s King. How wrong commentators were.

Later on Friday morning, General Prayuth accepted his nomination by the pro-army Palang Pracharat Party. Potentially he would be campaigning against the Princess.

At 11.10pm a royal statement was issued:

“Despite the fact that Princess Ubolratana relinquished her titles – in compliance with the Palace Laws – she has been maintaining her status as a member of the Chakri royal family,” the king’s statement read. “Any attempt to involve high-ranking members of the royal family in the political process – by whatever means – would be a breach of time-honoured royal traditions, customs and national culture. Such actions must be deemed a transgression and a highly inappropriate act.”

Princess Ubolratana’s political career was over within a day.

The Thaksin camp had miscalculated. Dramatically.

There were rumours over the weekend of an impending countercoup against the government of General Prayuth. An army coup against an existing military rule. The suggestion being of a significant rift between the King and Prayuth.

Maybe the real conclusion from last Friday is that five years of military rule have not achieved any of its declared objectives – to resolve political tensions and pacify the country.

With 40 days to go – who knows what surprises are still to come?

There is nothing new. It is more of the same. A country managed by elites and the military. The people divided.