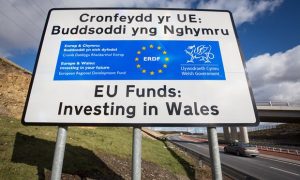 And so the inevitable came to pass and the Conservative Party members chose Boris Johnson as their party leader and therefore as Britain’s new Prime Minister.

It was Johnson who led the pro-Brexit campaign three years ago – though more out of opportunism than conviction.

Now he is saying that on 31 October Britain will leave the EU; with or without a deal.

But Johnson’s biggest barrier and Britain’s best hope may be Parliament where high profile Tories threaten to block a no deal departure.

Johnson says he will deliver what the people want – Brexit. But the people never voted for a no-deal Brexit three years ago with all the uncertainty that may bring.

Johnson’s speeches last week sounds more like campaign rally calls than statements of policy. The DUDE acronym was painful The ‘E’ was for ‘energise’ because that is what he thinks is needed. Wonderfully described by one commentator as a proposal that “the nation, like some weird faith-healing cult, is to follow a strategy based upon blind optimism and a can-do spirit.”

The recurring theme is that self-belief and positive thinking will remove all practical obstacles and risks. More of a snake oil salesman than a Prime Minister.

Johnson will demand that the EU completely remove any backstop. The EU cannot conceivably agree to this.

Then the EU will be blamed for failing to negotiate and being obstructive, making a no-deal Brexit the EU’s fault.

But – a majority in the Commons looks set on blocking a no-deal departure on 31 October. At this point Johnson may have no option other than to declare an autumn election, for which he will be styled as the champion of Brexit.

And that is where Brexit can be reversed. Probably not by a rush to vote for Corbyn. But by the emergence of a strong centre force that makes coalition government a necessity.

Earlier in the week Jo Swinson was elected as LibDem leader; her early media appearances have been effective and iff a general election precedes Brexit, the LibDems could end up with sufficient seats to play a pivotal role in how events play out.

The LibDems have never been forgiven by this writer for selling out to the Tories in the deal that made Nick Clegg deputy pm to David Cameron – but these are extreme times and if the LibDems choose a remain platform their support could be strong.

If and when parliament stops a no-deal Brexit then there will be an early election where Johnson will fight on a ‘believe in Britain’ no-deal Brexit platform. Opponents will be cast as unpatriotic, undemocratic doom-mongers and the EU as a hostile enemy.

He will be wiped out in Scotland where EU membership is seen as critical to their economy. A hard border in Ireland would be a disaster for the Irish economy – and may push Irish reunification to a reality. There will be some in Northern Ireland who would vehemently oppose that.

Johnson’s cabinet reflects his direction. He did not reshuffle the cabinet – he dismembered it.

He brought in many of the Vote Leave campaign team, including its architect Dominic Cummings, as advisers. This re-enforces the sense that he is gearing up for an election campaign. Matthew Elliott of Vote Leave also went to the Treasury as a special advisor.

Into senior roles came hard-liners such as Jacob Rees-Mogg, Dominic Raab and Priti Patel, leading to the conclusion that this is the most right-wing government Britain has had since the 1980s.

There are less than 100 days until October 31. What a rational leader could say is that there is no fixed date – we need to take our time and build consensus and deliver a solution for the UK and the EU.

But the hard Brexiteers; many still mired back in the days of Empire will not accept this.  For them the UK leaves on that date, ‘deal or no deal’.

For all his noise Johnson is about to face exactly the same problems as Mrs May. leadership.

The one hope for the UK, which has found its future prosperity, standing and even its viability as a united nation strapped to the Brexit shambles, is a General Election before 31 October.