Home→China→Climate change is the largest threat humanity has ever faced. 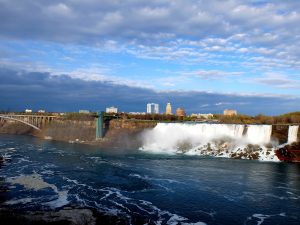 Some things just need to be said: but I do not think that the message is getting through.

And it wont – take aircraft emissions. Are we seriously going to stop the remaining 900 million Chinese who have not yet left their country by air that they cannot because now is not the right time.

Those nations that are still playing catch up with the industrialized world are not going to be left behind.

With so many people hitting the streets for climate strike and all the recent attacks on Greta Thunberg, I would like to make a statement. I am a Professor in Climate Sciences, I have been working in this field for over 20 years.

1. Climate change is a fact, based on data and equations. It’s science (not politics).

3. CO2 concentrations are rising at a rate that is 10 to 100 times faster than any other time in the past (and we are talking millions of years back).

4. CO2 concentrations are now at levels Earth has not seen since 3 Million years. That’s when Lucy was roaming in Africa.

5. Both speed of change and magnitude of change will have catastrophic consequences for the world we know and rely on.

6. Ecosystems will have (and are already having) a hard time to adapt with these fast changes. Current extinction rates are far above the normal background extinction rates.

7. We rely on ecosystems for our survival. We are part of ecosystems.

8. For example, speed of change is important for ocean acidification. With slower rates of CO2 rise there are geochemical feedbacks that kick in and mitigate acidification. This is not the case now. It is also important for adaptation to new living conditions. Coral reefs for example are our canaries in a coal mine.

10. We will end up in a climate last seen 50 Million years ago. No ice, completely different ecosystems. The transition will be fast and deadly.

11. Climate change is the largest threat humanity has ever faced.