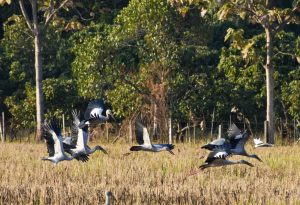 This from the President of the United States on twitter:

So ridiculous. Greta must work on her Anger Management problem, then go to a good old fashioned movie with a friend! Chill Greta, Chill!

The President of the USA bullying a 16 year old is not a good look and this was just one of many responses to POTUS: “Greta Thunberg is smart, caring, energizing, influential. Her star is rising. You’re going to jail.”

“Wow. Way to celebrate a victim of child abuse. Quite remarkable.”

This – also anonymous – is typical:

Think of the hundreds of people worldwide that do more, sacrifice more, every week than this SPOILED CHILD. NICE JOB TIME, COULD YOU HAVE PICKED ANYONE LESS DESERVING?

I really do not know why Thunberg stirs up such vitriol. The 16-year old climate activist has almost single-handedly dragged the global climate emergency from the sidelines to centre stage.

You may not like her message. But she has made a difference. And how many of us were making a difference at 16 years old?

“Time’s Person of the Year is teenage climate activist Greta Thunberg. Cue snark and vitriol from those cheerleading the destruction of our planet. The youth have every right to pass moral judgement on insufficient urgency & action. They’ve no choice but to live in what we leave…..What Greta Thunberg’s haters don’t get is that ultimately her message is one of hope and resilience. It is a language they cannot understand.”

Thunberg has been the target of fake stories and news – she seems to carry on unaffected. AFP  debunked some of those false claims.

And this is a counter to the attacks on Thunberg from Psychology Today:

“Yet what we can see with our own eyes clearly points in the opposite direction. Thunberg is a leader, not a follower. She has roused a generation of climate-anxious young people to sit up and take the threat seriously. She has done the same with political leaders in her condemnations of their complacency.

To suggest that Thunberg is just a cardboard cutout controlled by adults, and that her achievements and words are disingenuous and invalid, is paternalism masquerading as concern and is contrary to all available evidence.

And that’s if we suspend our disbelief and assume that these pundits are good faith actors with Thunberg’s best interest at heart.

Thunberg has been the victim of brutal personal attacks on her appearance, her mannerisms, and her disorder by pundits adjacent to those claiming concern that she’s being manipulated.”

In her own defense Ms Thunberg wrote:

“I honestly don’t understand why adults would choose to spend their time mocking and threatening teenagers and children for promoting science, when they could do something good instead. I guess they must simply feel so threatened by us.”

Time’s person of the year is about Impact – and far-reaching impact. Yes the award could have been given to Hong Kong’s protest movement – but I suspect that awareness of Ms Thunberg is more global – whether people agree with her or not. The element of violence in the Hong Kong protests also likely holds back wider recognition.

David Roberts has a strong article on Vox.com on “why the right’s usual smears don’t work on Greta Thunberg.”  It is worth a read and better than any summary that I could write here.

Keep on doing what you are doing Ms Thunberg.