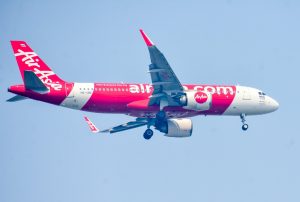 These are unprecedented times – everyone knows about, can read about, and is in some way impacted by the coronavirus outbreak that continues to wreak havoc around the world.

There is little point in my writing about it – lots of people are doing that far better than I can. But there are news links to some of the better articles and reading.

And it is worth also thinking about what this might mean in the longer term for certain industries, ways of working and for us, as humans living our lives after this virus is under control.

One industry hardest hit is the aviation sector.

As most of the big Gulf and Far East international airlines effectively joined the European airlines in closing down for an indefinite period it is clear that the industry will wear the scars of the coronavirus pandemic for a very long time.

The only exception to the shutdowns by international carriers appears to be Qatar Airways which seems to be quite happily operating from one coronavirus hotspot to another via its hub in Doha.

Qantas has grounded most of its international fleet. American Airlines suspended three quarters of its long-haul international flights. The UAE terminated all flight from 24 March. Singapore Air has reduced its flights by 95%; Cathay Pacific has done similar. Ryanair and Easyjet have ground their entire fleets. The list goes on. Rescue flights are often the only flights operating as countries seek to bring their people back home.

In most cases it is easier to show flights that are still operating. Thai Air Asia ceases all operations from 1 April. Thai LionAir has done the same.

Significant shocks are not new to the airline industry. In relatively recent years it has weathered the storms caused by the September 11 attacks and the 2002-04 severe acute respiratory syndrome (SARS) pandemic. Both, arguably led to more regional reductions then to a global collapse in demand. This is just on a different scale.

The issue not only for the airlines but for most businesses, is liquidity — having money regularly coming in through the door. One reason why the airlines seek to give travel vouchers rather than refunds to passengers whose flights have been canceled.

Although the airline industry had a good decade overall, finishing each of the past 10 years in the black, its profit margins remain low.

Most airlines only have enough cash reserves to cover a few months of their fixed costs (costs that have to be paid regardless of whether their planes are flying).

Governments will have to make hard decisions basically around three broad options:

Nationalise previously private carriers, as the Italian government already has with Alitalia.

Sadly that is going to mean a number of smaller airlines going out of business in the process.

In the UK there was a very unsupportive public response to Virgin Atlantic’s request (near expectation) of government support. This may be one of the airlines that will look very different when the industry tries to get back on its feet.

Norwegian is another airline with significant UK and European operations that may not be able to fund a lengthy shutdown.

Will Qantas continue to support its Jetstar operations in Australia and Singapore? Virgin Australia is another that could struggle to return to its full operations.

In China the major carriers will continue with state support and Hainan has already been nationalised – but expect rationalisation and restructuring.

The main argument that will be used for not allowing airlines to fail will be that connectivity will be an important driver of the post-crisis recovery.

This wider economic benefit will be emphasised by the governments that choose to bail out or nationalise their carriers.

In Hong Kong, the administration handed out HK$2.6 billion in financial relief to the aviation sector, but local companies have said it was nowhere near enough.

Last week, Singapore Airlines secured the largest financial package of any carrier since the outbreak. It tapped shareholders for up to US$13.3 billion, surprising some analysts with the amount raised to bolster its balance sheet.

Heavily indebted American Airlines, one of the world’s largest carriers, also secured a government lifeline worth US$12 billion.

Other major US carriers are expected to receive financial support with some conditions. But how deeply will this financing reach?

Also on Tuesday, Air New Zealand laid bare its financial hardship as it cut close to 30 per cent of its workforce. It was on pace to earn just US$300 million revenue by years’ end compared with US$3.4 billion in 2019 based on current booking patterns.

Emirates, the world’s largest long-haul airline, has been advised by the Dubai government that it will be supported. Will flydubai get support. Will Etihad continue to be bailed out by the Abu Dhabi government.

Qatar has also said that it will need an injection of liquidity from its government owner.

Larger carriers will likely receive priority treatment by governments based on the fact that they provide more connectivity, sometimes without regard to their long-term viability. Thai Airways would appear in this category as do Malaysian, Philippines, and Garuda.

This also assumes that people will want to travel again. Business travel will likely hurt for some time as more efficient use of video conferencing has become common place. Leisure travel may be short haul rather than long-haul for fear of being stranded with no affordable or even viable way home.

And the impact goes far beyond the airlines: Airports, aircraft manufacturers, and air navigation service providers will also find themselves under financial stress as demand evaporates.

A number of regional airports in the UK and Thailand are closed in April. Some have become airliner parking lots. Gatwick has closed its North terminal and British Airways has consolidated all flights at Heathrow.

Some A380s, particularly the large number at Emirates, may not fly again as passenger loads simply do not justify the larger plane – or as they were designed to they fly into major hubs only.

Airlines will be busy reviewing their fleet renewal plans; but in these uncertain times working through what may be needed and when is a thankless task.

For now it is wait and see; we are not at the end of this crisis and whether we will want to fly and can afford to fly – and who is  left to fly us, where to and when, are all questions that will have to wait until leaving home once again becomes something that we look forward to.