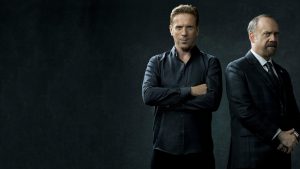 As we all hibernate to avoid the coronavirus people are making lists. A twitter hashtag this morning asked that people name their six favorite tv series:

West Wing – Jeb Bartlett – the best President that the USA never had.
Northern Exposure – Put Alaska on the tourism map.
Mad Men – Super stylish, very adult.
Life on Mars – Made the Audi Quattro look cool again.
Star Trek – the next generation – Where a Shakespearean actor makes the 23rd century his own.
Halt and Catch Fire – Quite a personal choice – I lived and worked through these times.
Person of Interest – We are being watched.
MASH – War with a heart and humour.
True Blood – Sometimes awful – but beneath all the blood and gore there was a beating heart.
Brideshead Revisited – Where we all fell in love with Julia Flyte
I Claudius – Iconic television – stellar cast.
Pan Am – Airplanes. Need I say anything more.
The Good Wife – Strong female lead and characters – rare on tv.
The Good Fight – Politically strong spin off from the Good Wife
Homeland – Now it its eight and final series. The first season was a sit up and take notice moment. Finishing strongly.
Timeless – Silly but fun.
Lucifer – Silly but fun.
The Blacklist – A vehicle for James Spader who is very good throughout.
Frasier – That rarity – a spin off that was better than the series that gave birth to it.
Hill Street Blues – Best collective cop drama of the 1980s – be careful out there.
Designated Survivor – Great start – then floundered rather – trying to work out whether it was 24 or The West Wing.
Billions – Paul Giamatti and Damian Lewis; power politics and a bit of S&M. Sries five coming in May 2020.