Home→UK→Boris was back – but blowing in the wind 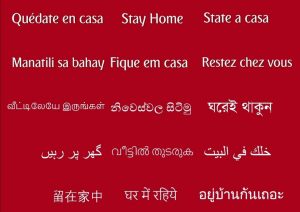 The UK Prime Minister has had a busy couple of months.

A ten day holiday in March – oops not great timing.

A personal encounter with the coronavirus that saw him admitted to ICU to be treated by a number of the NHS’ finest – teh same people whose numbers, budget, resources have been cut by successive Tory governments.

And this week – a new baby son. No one seems to know just how many children Boris Johnson actually has or admits to.

No paternity leave. The day after his son was born the Prime Minister was taking, for the first time the lead in the daily Downing Street coronavirus briefing. And about time; his lieutenants have hardly done him any favours. Poorly briefed. Lacking empathy. Turning deaths into statistics. It is as if the remaining cabinet drew straws to see who would lead the press briefing. And with the press held at video camera length they have been easy to manage with a strong dose of softball questions.

Yet the Conservative Party’s strongest communicator looked tired. His usual bravado and swagger lost behind a lack of detail, no plans and nothing of substance to announce.

He announced that the UK was past the peak of the coronavirus outbreak. This was despite an increase of 674 in the official death toll taking it to a total of 26,771..

There was no apology for or acknowledgment of mistakes made by his government. “We’re learning lessons every day – but I do think that, broadly speaking, we did the right thing at the right time,” he said.

Johnson announced that the government would next week publish what he called a “comprehensive plan” setting out “how we can continue to suppress the disease and at the same time restart the economy”.

So after flattening the curve Johnson paid particular emphasis on “R,” the reproduction number for the virus, measured as the average number of people each sufferer infects. The target is to keep the R rate of transmission below 1, but even small reductions in the rate can help avoid thousands of new infections a day.

Johnson did say for the first time that advice could include the public being advised to wear face masks.

Asked about the issue, the prime minister said: “I do think face masks will be useful, both for epidemiological reasons, and to give people the confidence that it is safe to go back to work.”

His remarks contradicted the stance of some cabinet colleagues. The health secretary, Matt Hancock, said earlier this week there was only “weak science” supporting the use of face masks. The Cabinet Office minister, Michael Gove, warned on Wednesday they might tempt people to behave in a “cavalier” manner.

With mask wearing near comprehensive across Asia the fact that the UK is still talking about it appears like too little too late.

Mr. Johnson insisted that the UK had avoided the worst-case scenario of 500,000 dead

But at this point the peak and downward slope had been forgotten in favour of tunneling under an alpine mountain.

Even allowing for statistical variations – the UK has a fatality rate significantly higher than that of Germany or South Korea.

The line that the government did the right things atny.

Unfortunately it all sounded rather like the songsheet of his junior ministers; he talked big about the economy bouncing back and avoiding the second peak which should be easy to do if we are actually in a tunnel.

One thing this virus is doing all to well – showing us the true colours of our leaders.