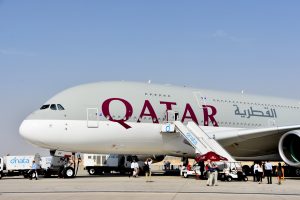 Qatar Airways is in the middle of a marketing binge touting itself, amongst other things, as the biggest operator during the current COVID-19 pandemic and the most popular international carrier to Australia.

The airline claims that over 15,000 flights were operated during the pandemic and 1.8 million passengers brought home.

Qatar Airways Group Chief Executive, Akbar Al Baker, is quoted as reporting that “during this crisis, more passengers have chosen to fly with Qatar Airways than any other airline, and we appreciate the trust they have placed in us.”

Typically the aviation media laps up Qatar Airways press releases and largely publishes them without question. This Airways feature is a good example of reporting without any sort of questioning.

Meanwhile FlightGlobal claimed an exclusive interview with Qatar CEO Al Baker where he claimed that Qatar Airways “did the highest flying of any airline in the world in the last three months up to May. And both our flight numbers and load factors are increasing.”

It is hardly an exclusive interview – Al Baker is talking with everyone – The Beano would get an interview if they asked. Thierry Antinori, once of Emirates, now batting for Qatar, is also available for the media rounds. 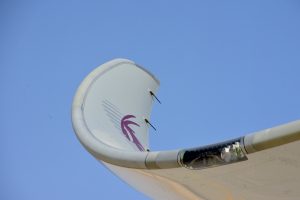 Qatar’s slogan throughout the Pandemic has been “we will get you home”. But at what cost?

Other airlines with a business based significantly on operating connecting flights through their hub have largely shut down operations for the last four months. Emirates, Etihad, Singapore Airlines and Cathay Pacific grounded their fleets other than for freight and government repatriation flights.

But not Qatar. Qatar kept flying and kept carrying passengers where it could – sometimes charging fares multiple times higher than their pre-coronavirus fares. As the only airline still flying some routes they appeared to assume a little extortion was valid.

Even during peak Coronavirus lockdown the number of destinations it served never dropped below 30.

Yet through the worst of the pandemic Qatar AIrways crew were flying without full body personal protective equipment (PPE) suits that they only started to wear from May 25th.

This is over two months from March 9, 2020 when Qatar announced a closure of all schools and universities until further notice and placed a travel ban on 15 countries:

Qatar has marketed their decision to keep flying as being altruistic. “We will get you home” was the mantra. Others see the airline battling a PR disaster. When its competitors were cutting flights from their schedules, Qatar said that it was adding extra seats back to its network because its mission was to “reunite stranded passengers with their loved ones.”

Yet the executive pr spin only partly draws attention from the carrier’s handling of its cutbacks in salaries and staff numbers as a result of this epidemic.

Qatar Airways Group, which counts the airline among its assets, had 46,684 employees at the end of its last reported financial year in March 2019.

The Qatar Airways model, like that of any hub/transit airline is to fly passengers from A to B via its hub. Passengers need to change airplane at Doha. Unless you were a Qatari citizen you could not enter the city state throughout the pandemic. But there are many nationals and expatriate staff working throughout the airport, in passenger handling, outlets, cleaning to airport operations.

These staff all came into contact with passengers who were flying between countries with significant infection levels and with no testing at Doha other than body temperature scanners.

Qatar has recorded 93,663 Covid-19 infections. As of 27 June 2020 the country has the highest number of confirmed cases per capita of any country in the world, and the second-highest total of confirmed cases in the Arab world after Saudi Arabia.

The low number of deaths is likely attributable to an adequate healthcare system and that a high proportion of residents are young and healthy – older expatriate staff will not get work or residence visas.

There is no evidence to suggest some sort of data link between continuing flight operations and having the highest number of confirmed cases per capita of any country; but it does suggest that Qatar could have taken the same path as the other major airline hubs and helped protect staff, passengers and Qatari residents from infection.