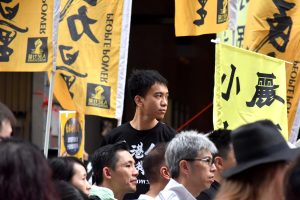 There is a new national security law coming to Hong Kong whether the people like it or not:

Senior officials in the city have not seen the bill. It has bypassed the Hong Kong legislative assembly. Yet by tomorrow it will be law.

The new law is the end of Hong Kong’s limited political freedoms and allows China to cement its control over the semi-autonomous territory.

Here is an English translation of the new law.

Since 1997 Hong Kong’s relatively free press, independent courts and legislature, as well as its traditions of protests and marches have made the city a haven for the civil liberties not enjoyed across the border in mainland China, especially as the government under Xi Jinping has further cracked down on civil society.

Last year’s protests against the proposed extradition law turned into a broader democracy movement. Authorities have been clear that the legislation is aimed at stopping those protests.

Beijing has accused the US and other foreign “black hands” of inciting the demonstrations as a way to destabilise China. This fails to give credit to the generation of protesters that have grown up since 1997 who at a minimum want to keep the freedoms that they have grown up with.

According to detail released by Xinhua, the law will see Beijing set up a national security agency in Hong Kong to “guide” the territory’s implementation of the law. Beijing will also have jurisdiction over cases in “certain circumstances”. Should discrepancies arise, the security legislation will override Hong Kong law. The law promises to protect the civic rights of Hong Kong residents.

Tell that to Michael Kovrig, a Hong Kong resident now a hostage in a Chinese jail.

Jerome Cohen, an expert in Chinese law at New York University noted that “the very provisions in the draft national security law would appear to violate the protections offered by Hong Kong law and the ICCPR (International Covenant on Civil and Political Rights),” referring to the key international human rights treaty to which Hong Kong is a signatory.

Officials have promised the law will only target a “narrow set” of behaviours but rights advocates and observers believe it will be used broadly to stifle dissent. And that is the point – the law is drafted vaguely enough to be subject to wide interpretation and enforcement by Beijing. 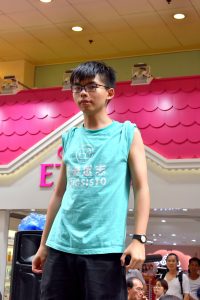 Prominent activists believe they are likely to be arrested within days after the law’s enactment. In the past year, police have arrested more than 9,000 protesters, including pro-democracy lawmakers and activists who have frequently lobbied to bring international attention to Hong Kong’s cause.

A senior adviser in Hong Kong to the central government, Lau Siu-kai, says the aim is to “kill a few chickens to frighten the monkeys”—to deter people with a few high-profile sentencings rather than carry out sweeping arrests. That is just how the party likes to crush dissent on the mainland. One country, one system creeps ever closer.