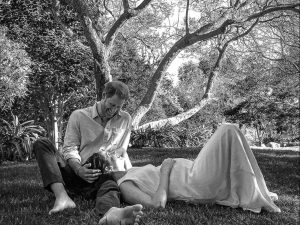 I did not watch the Oprah WInfrey interview with the Sussexes two nights ago. But it is impossible to escape the commentary and the fall out.

Apparently, a great many people did watch and do care – including many Americans who have adopted the Sussexes as, at least, Hollywood royalty.

There are so many other issues confronting the planet at the moment that paying excess attention to two entitled, self-absorbed 30 somethings may say much about what so many care about – and about what sells in the media.

But that is too superficial. The interview raises real questions about how we should respond to issues of race and mental health.

Should families be washing their dirtiest linen in public. Probably not. But sometimes an alternative version of the story has to be told; this was the story of the Sussexes; not the story concocted about them by the British media.

Still – it gives “the Crown” plenty of new material when they want to bring their show into 2021.

Harry’s story has always been public; maybe too public. For many their first memory of him will be watching a 12-year-old boy walking slowly behind his mother’s coffin; struggling to comprehend a wholly unnecessary loss caused in large part by the same people that have now hounded his family out of Britain.

That profound moment of loss, grief and bewilderment would cast a long shadow over any life.

For years Harry was portrayed through a tabloid lens that followed his every perceived and real misstep. He needed guidance and kindness. He had none.

In 2016, Harry said “I really regret not ever talking about it (his mother’s death and the impact it had on him)…for the first 28 years of my life”.

The Sussexes’ two hour interview with Oprah is unlikely to spell destruction for the British monarchy; after all it has for now survived Andrew’s train wreck on Newsnight. But it does continue the long erosion of an institution that is out of touch and should be out of time.

The parts of the interview that I have seen are of a couple that are very close, believe strongly in their own story and are for the most part saddened by how events have unfolded.

As an interview, a tip of the hat to Oprah Winfrey, who lets their story be told.

There was a lot to pick apart in the interview; the main issue raised being racism, a subject that the British are usually in complete denial of, but which has cursed its long history.

An unnamed member of the royal family questioned the likely colour of Harry and Meghan’s baby.

The British media, despite a brief affection with the happy couple on their wedding day, is accused of waging a campaign against Meghan Markle which took her down a painful path including thoughts of suicide.

Colour was also thought to be an issue in allegations that Archie (their boy) would be denied a title and protection.

What matters is how little the institution has learned.

In her 1995 Panorama interview Harry’s mother, Diana Spencer spoke of her suicidal thoughts when she was pregnant with Harry, and of the lack of support she received.

Two years later Diana died in a car crash that a jury ruled was partly the fault of the paparazzi, she was just 36.

Did the institution, the British media and the British people learn nothing. In 1995 and in 2021 if a confident, vibrant and successful young woman is reduced to tears, where exactly does the fault lie?

Why does the media ignore Andrew while questioning Meghan’s racial identity, and suggesting that both she and Harry deserve to have their citizenship revoked?

Protecting Andrew from meeting with US prosecutors is simply wrong. Despite Prince Andrew’s friendship with the convicted sex offender Jeffrey Epstein, he retains his military titles; Harry lost his, and faced calls to lose his title and place in the succession. Double standards anyone?

“It was all happening just because I was breathing,” Meghan said, breaking down in tears at one point and prompting Winfrey to do the same. “I just didn’t want to be alive any more. That was a clear, real, frightening and constant thought.”

No one should be driven to such thoughts. Period.

Meghan said members of the royal household had told her flatly that she couldn’t seek psychiatric help because it wouldn’t be good for the institution. Prince Harry said the attitude of his relatives had been that they had all been through something similar and the only thing to do was to tough it out.

And I thought that dinosaurs were extinct…..

So they left the institution and left the country. Good for them.

The royal family has never happily allowed in outsiders; whatever their colour or faith. And that royal family mirrors much of British society however much people suggest otherwise.

The British consider themselves to be a confident, modern country; one that is effortlessly at ease with its multiculturalism, with its ancient institutions adapting to changing times; yet the rest of the world sees a country that has not shaken off its sense of imperial power and looks with shock and the sympathy for Meghan and her family as they flee from the toxic commentaries of our tabloid press.

While the British see racism as a US problem millions of people in the US and elsewhere are now busy discussing Britain’s very real problems with race and racism, as never before. And it starts in the family of the head that wears the crown.

One casualty has been Piers Morgan, ex the Daily Mirror and CNN, who has left Good Morning Britain. Responsible for driving up the show’s ratings and for holding government ministers to account during the Coronavirus pandemic his bile towards the Sussexes was his own undoing such that even his colleagues turned on him.

48 hours after the interview the Queen issued a three paragraph statement – simply stating: “The whole family is saddened to learn the full extent of how challenging the last few years have been for Harry and Meghan.

The issues raised, particularly that of race, are concerning. While some recollections may vary, they are taken very seriously and will be addressed by the family privately.

Harry, Meghan and Archie will always be much-loved family members.”

What are we left with – a British monarchy that reflects little more than a  casual cruelty, a senseless nastiness, and its own waning relevance. That is kept on life support by its symbiotic relationship with the tabloids.

It is out of touch and out of time.