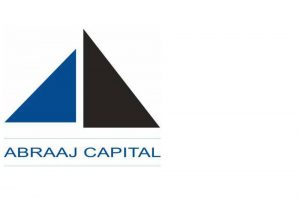 The folks at Abraaj Capital were a monster to work with. A minority investment was enough for them to believe that they ran the company – and that we all barked whenever they said bark.

There was an unpleasant arrogance about the partners and senior staff. It started at the top. And it seemed that Abraaj had protection from the Dubai authorities – connections mattered.

That is until it all went belly up. And honestly, few organisations could have deserved it more.

A new book tells the story of Arif Naqvi, founder and chief executive officer of the Abraaj Group, a private equity firm based in Dubai; a company that managed $14 billion of rich people’s money. Naqvi convinced the World Bank, the Bill and Melinda Gates Foundation and the governments of the United States, the United Kingdom and France to let him use their money to buy stakes in about 100 companies worldwide. He name-dropped presidents, Arab royalty and US secretaries of state. He had former American president Bill Clinton speak to his investors.

The book is The Key Man: The True Story of How the Global Elite was Duped by a Capitalist Fairy Tale by Wall Street Journal reporters Simon Clark and Will Louch.

The unravelling of Abraaj began, at least in the mainstream media, when one of the book’s authors received an anonymous email in the middle of 2018. This was a year after I left Dubai and some 9 years since my last connections with Abraaj.

The email talked of “a potential fraud investigation” as the firm was missing hundreds of millions of dollars. In non-technical language, ‘missing’ means stolen. Abraaj collapsed in 2019 with more than $1 billion of debt, while Naqvi was allegedly caught funneling more than $780 million to his secret accounts in the Cayman Islands, to his family and to a former secretary.

He took funds from wealthy people and state-run development finance institutions to buy already existing businesses, such as power supply companies, in the remote corners of Asia, Africa and Latin America.  The plane was simple: institute management changes, inject liquidity, turn the companies around and, after a few years, sell them at a profit.

The trouble is no one at Abraaj actually ran a business. They managed capital; not people. They had zero idea of the human aspects of building a company; how to develop and manage talent; how rewards did not have to be financial but based on peer support and recognition.

They looked short term – in and out and take a profit. Businesses are long term – and in the Middle East could involve generations of the same family. Abraaj was like unpleasantly rough sandpaper – but often companies needed the injection of capital – or owners were ready to take the money. And that is where Abraaj came in.

For their own investors Abraaj would charge an annual fee of two percent for funds under management and keep 20 percent of the profits.

Each of the books 19 chapters deals either with particular transactions that Naqvi made, or explain a turning point that led him to becoming the ultimate symbol of infamy in the world of high finance.

The book is based on original reporting by the two writers, who interviewed more than 150 people, including 70 former Abraaj employees. It also draws heavily on email correspondence between Naqvi and his associates that became part of the court record after the firm collapsed. According to the authors, the emails provide indisputable admission of guilt by Naqvi and his associates, many of whom have already pleaded guilty to charges of fraud and racketeering.

When Omar Lodhi, a senior Abraaj official, prepared and sent Naqvi a $20 million “contract” for a middleman charged with managing their relationship with Pakistani politicians, the Abraaj founder replied: “Keep it generic. Send it to him from your Gmail,” adding that neither Abraaj nor K-Electric should be named in the email. “This document is explosive in the wrong hands. Do not consult any advisers further on it.”

Cough. Lodhi was Naqvi’s hitman – and one of the most unpleasant people that I have ever dealt with in business. Outwardly charming. Loved the sound of his own voice. Talked. Not listened.

Money and greed. That same old story. With one example after another, Clark and Louch explain how, in its final years, Abraaj was being run like a Ponzi scheme by Naqvi. The firm would raise funds from investors in the name of building hospitals in Africa, but use that money to maintain the lifestyle of the billionaire that Naqvi wasn’t. He’d hold lavish parties, buy expensive artwork and siphon off funds to his personal accounts.

Meanwhile, if an investor demanded their return on investment after the sale of an asset, Naqvi would initially dilly-dally, then raise cash from a new investor and use it to pay the old one. Naqvi asked his associates to send bogus bank statements to investors, including the Bill and Melinda Gates Foundation and their US$100m investment for Pakistan hospitals, as they started wondering what was taking Abraaj so long to buy healthcare facilities in poor countries.

The fact was that Naqvi had long been raiding his investors’ funds. Initially, he’d get a loan from one of the companies he had invested in, park that borrowed money in the fund’s designated bank account for a few days, show the auditing firm KPMG the end-of-quarter bank statements and then send their all is well report to investors sitting in Western and Middle Eastern financial hubs. KPMG do not emerge well from this tale. Liquidity became so thin towards the end that the firm had to raid investors’ funds to pay staff salaries. Eventually, Abraaj resorted to sending outright fabricated bank statements to investors.

The Abraaj web consumed outsiders as well. Abraaj gained global recognition through a glowing case study co-authored by Professor Josh Lerner of Harvard Business School. The Harvard professor wrote other “impartial” case studies on Abraaj deals as well and portrayed the firm as a “force for good.” Clark and Louch’s book says Lerner received thousands of dollars from Abraaj as a member of its advisory board and consultant to the firm until 2017. Surprise!

More recently Dubai’s financial regulator has imposed a $1.7m fine on the former chief financial officer of Abraaj for his involvement in the failed private equity firm’s “misleading and deceptive conduct”.

The Dubai Financial Services Authority, the emirate’s financial regulator, said in a ruling on Wednesday that Ashish Dave “executed actions that directly or indirectly misled and deceived” investors in Abraaj’s funds.

Dave, who also worked for Abraaj auditor KPMG between two stints at the private equity firm, also faces a criminal complaint of fraud and conspiracy in the US, alongside other former Abraaj executives, including founder Arif Naqvi.

The DFSA is still concluding its investigations into other Abraaj executives.

Naqvi meanwhile He is accused of playing the leading role in a multimillion-dollar fraud, and a London judge has approved his extradition to the US. If found guilty, he faces up to 291 years in jail. He “stole money that banks and investors provided for the purpose of buying companies and used it to pay huge salaries, bonuses, and for his extravagant lifestyle”, the authors write. Naqvi has denied wrongdoing

Naqvi meanwhile is appealing an extradition charge to the USA.  A London court ruled in January that he could be extradited to the United States, where he is wanted on fraud charges, but said the government should make the final decision.

Lawyers for Naqvi, who has denied the allegations through a public relations firm, have said he could face 291 years in jail if convicted in the United States. Shame. His lawyers seem to have a sense of the dramatic. Up to a 30 year sentence appears possible.

Naqvi has subsequently sold his British country estate for £12.25 million ($17m) after being prevented from living there during his extradition battle with the United States.

Property ownership documents show his semi-rural retreat of Wootton Place, Oxfordshire, about 100 kilometres west of London, was sold to a prominent businessman in September last year for a £2.75m profit on the price Mr Naqvi paid in October 2006.

The home – complete with extensive grounds, cricket pitch and bordering a church in the village of Wootton – was owned, on paper, by British Virgin Islands-registered company Blondell Assets Ltd.

The globe-trotting Mr Naqvi, who also had homes in Pakistan, St Kitts and France, was rarely seen at the house but threw open its gates several years ago for villagers and members of Pakistan’s cricket team who played a match on the private field.

Since May 2019, the tycoon has remained at his London apartment in a gated mansion block in the Knightsbridge district after posting a record bail of £15m to secure his release from prison.

A judge said the strict conditions surrounding his release “effectively amount to house arrest” but they were partially eased during the months-long extradition process allowing him to visit a London mosque.

Naqvi continues to deny the charges against him.

Mr Naqvi appealed and the case is set for months (or more) of wrangling before the courts.

Naqvi’s case will not have been helped by plea bargains agreed by ex Abraaj colleagues.

Earlier this month former Abraaj managing partner Sivendran Vettivetpillai pleaded guilty to nine counts of criminal activities — said to have been committed between 2014 and 2018 — that could carry a total of 115 years in jail and a fine of up to $11.5 million.

Sri Lankan-born and British national Vettivetpillai pleaded guilty in the UK via a remote hearing before Magistrate Judge Sarah Netburn at a US District Court in New York.

Vettivetpillai changed his not-guilty plea to guilty in order to get fewer jail years and fines through a bargain with the US authorities against Arif Naqvi.

Vettivetpillai’s guilty plea comes as a result of the deal the former Abraaj executive made with the US authorities to reduce his sentence and fine.

Vettivetpillai, for now lives in a £3.5 million sprawling mansion in Northwood, England,

Court papers show that Vettivetpillai’s guilty plea has been accepted by the US Judge and he is now awaiting sentencing.

The US prosecutors have alleged that Vettivetpillai, Naqvi, Abdel-Wadood, and others caused “at least hundreds of millions” of investor funds to be misappropriated, either to disguise liquidity shortfalls or for their personal benefit.

Vettivetpillai had joined Abraaj in 2012 after his investment firm Aureos Capital was acquired by Naqvi. He was arrested a few days after Naqvi’s 2019 arrest in London.

Maybe Abraaj and Dubai deserved eachother. Greed. Smart people. Loosely regulated. The rise, and take down. Dubai of course, has far deeper and more varied resources than Abraaj ever had but Abraaj was a major part of the Dubai fever.