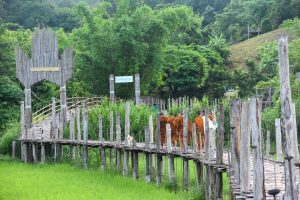 I have not been writing much on my website – except some harmless football commentary.

And although this is 1 April – this is not an April Fool’s story – indeed has any day been more over-rated or misused. This is simply the day to let out some of my frustrations.

I write even less on twitter and other social media where I used to be quite active.

Simple: Utter fucking depression at the state of the world.

4million people have fled from the Russian invasion of Ukraine. Yes Russia – the country that in 2018 was everyone’s best friend and host of the World Cup. Russia, the country whose oligarchs appear to have owned far too much of the United Kingdom, and who by generous donations to the ruling Tory party, appear to have had any door opened for them on demand.

Putin wants to rekindle the USSR. We knew that. And now thousands of people have died and millions have become refugees.

But the thing is there are also parts of the world that do not want refugees – I hate borders; I always have. But what right of moral superiority does, for instance, the UK have to turn away the very people that helped to make Britain great. Nations are built on the talents, money and ambition of new migrants.

Afghanistan was abandoned by the USA and its allies; its people left to Taliban rule; The Taliban have turned back the clocks: Girls are banned from secondary schools. Segregated parks for men and women. Male chaperones for shopping, doctors visits and travel. This is not what the west had promised.

Yemen is forgotten while the Saudis and the UAE do as they wish with weapons bought from the Western defense industries.

And this week an actor clambered onto the Oscars stage; bitch slapped a comedian and has been widely cheered on social media. Here’s the thing – violence is not a solution. And worse; you made the night all about you; no one remembers who won best film; best actress; the supporting actor roles; you took away their moment in a single selfish act.

And yet people, including many here in Thailand, have been cheering for you.

We are into our third year of a pandemic that has taken lives and ruined livelihoods and that no one seems to either take responsibility for or to apologise for. Yes it was you China. Unintentionally I am sure but the denials wrapped up in nationalist rhetoric are pathetic.

3 years without seeing my son. He is fine; thank you for asking!

My mum died. I did not get to her funeral. I have really got no remaining connection to the UK. I left there 34 years ago.

You already have a nation of 1.2 billion people; you are going to quickly become the world’s largest economy. You are no longer the underdog shouting to be heard.

So be a force for good; be a force for tolerance; leave Taiwan alone; indeed – maybe even be more like Taiwan in embracing an open society; education and democratic values. You have ruined everything that made Hong Kong special; you really should by now realise that you have made a mistake there. Rule by oppression and fear is not the way forward.

Don’t get me started on South East Asia. A junta rules Myanmar. A Junta in suits rules Thailand. Cambodia and Laos have become Chinese satellites; Vietnam’s iron fist is not the same as China’s but equally founded upon nationalism; Singapore just resumed executions after three years; Malaysia; for a time the great hope for a progressive South East Asian nation has a new government that has aggressively cracked down on critical speech and protest and taken a hard line on the treatment of refugees and undocumented migrants.

Famine and hunger; there is an article in today’s Guardian about taking a Russian oligarch’s impounded yacht and making it available to the British royal family. Forget that. Sell the damn thing and repurpose the money for food and water. Do the same with other assets. Tax the rich. Feed the poor. I know it is not as simple as that – but the UK has reduced its foreign aid budget and that is shameful.

3 years with my wife working in Bangkok while I keep house in Chiang Mai. It is a great career for her – a great learning experience. But it has damaged what we had. We will be fine; just not the same as before. Relationships evolve. We were two. We are now more one plus one.

Social media has become a cesspit. I will stay on twitter to read the news from sources I trust; to read opinions from people I value; to keep up with my local football; and for the occasional gem of wisdom or thoughtfulness that makes the world a better place.

But I have no interest in the toxic anonymous trolls who push their own agendas or conspiracy theories; or the nutjobs who see the word Covid and start ranting; most with neither medical knowledge or even personal or family experience of the virus; or anyone trying to defend the monarch-sanctioned murder and dismemberment of Jamal Khashoggi; or people who respond to an opinion with abuse; often vile. Twitter has empowered abuse like no other social media platform.

Facebook the same – I will not post any current affairs, political or social commentary there. Just a few pictures and a bit of football.

I was accused the other week of being a pawn of the main stream media. If by mainstream media he, for instance, means Reuters then I would take it as a compliment. A news organisation governed by trust principles that commit it to integrity, independence, and freedom from bias. It may not always get the news right in terms or priorities or nuances – but there are some very brave and talented journalists trying to tell a story in ways that we can understand.

Same with the BBC – in particular for English news and for its foreign language broadcasts – the BBC World Service. Where do people go to when there is a major world event; where do people get their news from Ukraine. The BBC. Again; not perfect; but it very clearly is not Russia Today or CGTN or even (sorry to people I admire there) CNN.

Why are we so anti-knowledge? what do we fear when experts in their own field make recommendations on how to manage our well-being?

I am better informed than many; I have longer and more international experience than many; I know, mostly, where to find reliable information; I do not instinctively distrust everyone; not everyone has their own agenda; I believe that most people want to do good not evil. And I am cynical enough, and aware enough, to know when questions are needed rather than blind acceptance.

Is that a mainstream narrative?

Yet, maybe because our old and new forms of media give easy access now to anyone who wants it our views, opinions, beliefs are completely polarised. Trump v Biden. East v West; Brexit v Europe. Mask v no-masks.

In the USA it has looked as though the hatred between communities could ignite into a civil war. And too much of the rest of the world would look on and cheer. The 2024 election could yet be a catalyst.

Qatar, like China, will employ an army of well paid trolls, lobbyists and keyboard warriors to maintain their own narrative and to try and silence the many who see things through a wider or different perspective. Sport and geopolitics are now completely intertwined in society’s fabric. But on that subject how can anyone have thought that selling Newcastle United to Saudi Arabia’s sovereign wealth fund was appropriate?

It has taken a 16 year old to wake up the planet to the reality of climate change; and she gets pilloried by many. Yet she is a force for good; a force for awareness; a force calling for action.

There is plenty more of course – at a macro and micro level. Being aware of something is at least a start.

We all need somewhere that we belong; where even little actions can make a difference or make someone smile or just help them through their day.

It is all to easy now to become lonely – a recluse with a laptop. With more connections online that in real life. How fucking pathetic is that. But for me, living where I am now, in a foreign country with more acquaintances than friends, it is all too true.

Maybe this only gets sorted when I can honestly answer the question of what’s wrong with the world with a simple, “I am.” I am not alone.

Then we can tackle the next question. What can I do about it?