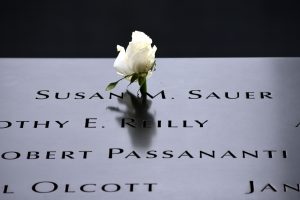 Death is inevitable. A bad death is not.

This is an important article in the Economist. It is a discussion that society needs to have. And the Economist is spot on. We do not want to live as long as possible. We want to live while we are healthy, fit, strong and not dependent upon others for our day-to-day survival.

We want to die at home; with time to say goodbye to our family, and ideally without pain.

We need our doctors and medical professionals to talk with us about the inevitability of death – cost is not an obstacle, since informed, engaged patients will be less likely to want pointless procedures that delay the inevitable and probably cause greater pain.

Our Dad die of cancer in 2006. From probably August of the previous year he must have known that death was inevitable. He was 73. He was given chemotherapy. At least that was done at home and he stayed home until his last few days when he was moved to the local hospice.

But we never sat down and talked about his life – we never celebrated with him all that he had achieved. We never even said thank you to him for all that he did for us. As a family we never had those difficult discussions. We should have done so.

So read the Economist article; think about what it means for you – and embrace a better death because that is a part of a better life.

“In 1662 a London haberdasher with an eye for numbers published the first quantitative account of death. John Graunt tallied causes such as “the King’s Evil”, a tubercular disease believed to be cured by the monarch’s touch. Others seem uncanny, even poetic. In 1632, 15 Londoners “made away themselves”, 11 died of “grief” and a pair fell to “lethargy”.

Graunt’s book is a glimpse of the suddenness and terror of death before modern medicine. It came early, too: until the 20th century the average human lived about as long as a chimpanzee. Today science and economic growth mean that no land mammal lives longer. Yet an unintended consequence has been to turn dying into a medical experience.

How, when and where death happens has changed over the past century. As late as 1990 half of deaths worldwide were caused by chronic diseases; in 2015 the share was two-thirds. Most deaths in rich countries follow years of uneven deterioration. Roughly two-thirds happen in a hospital or nursing home. They often come after a crescendo of desperate treatment. Nearly a third of Americans who die after 65 will have spent time in an intensive-care unit in their final three months of life. Almost a fifth undergo surgery in their last month.

Such zealous intervention can be agonising for all concerned. Cancer patients who die in hospital typically experience more pain, stress and depression than similar patients who die in a hospice or at home. Their families are more likely to argue with doctors and each other, to suffer from post-traumatic stress disorder and to feel prolonged grief.

Most important, these medicalised deaths do not seem to be what people want. Polls, including one carried out in four large countries by the Kaiser Family Foundation, an American think-tank, and The Economist, find that most people in good health hope that, when the time comes, they will die at home. And few, when asked about their hopes for their final days, say that their priority is to live as long as possible. Rather, they want to die free from pain, at peace, and surrounded by loved ones for whom they are not a burden.
Some deaths are unavoidably miserable. Not everyone will be in a condition to toast death’s imminence with champagne, as Anton Chekhov did. What people say they will want while they are well may change as the end nears (one reason why doctors are sceptical about the instructions set out in “living wills”). Dying at home is less appealing if all the medical kit is at the hospital. A treatment that is unbearable in the imagination can seem like the lesser of two evils when the alternative is death. Some patients will want to fight until all hope is lost.

But too often patients receive drastic treatment in spite of their dying wishes—by default, when doctors do “everything possible”, as they have been trained to, without talking through people’s preferences or ensuring that the prognosis is clearly understood. Just a third of American patients with terminal cancer are asked about their goals at the end of life, for example whether they wish to attend a special event, such as a grandchild’s wedding, even if that means leaving hospital and risking an earlier death. In many other countries, the share is even lower. Most oncologists, who see a lot of dying patients, say that they have never been taught how to talk to them.

This newspaper has called for the legalisation of doctor-assisted dying, so that mentally fit, terminally ill patients can be helped to end their lives if that is their wish. But the right to die is just one part of better care at the end of life. The evidence suggests that most people want this option, but that few would, in the end, choose to exercise it. To give people the death they say they want, medicine should take some simple steps.

More palliative care is needed. This neglected branch of medicine deals with the relief of pain and other symptoms, such as breathlessness, as well as counselling for the terminally ill. Until recently it was often dismissed as barely medicine at all: mere tea and sympathy when all hope has gone. Even in Britain, where the hospice movement began, access to palliative care is patchy. Recent studies have shown how wrongheaded that is. Providing it earlier in the course of advanced cancer alongside the usual treatments turns out not only to reduce suffering, but to prolong life, too.

Most doctors enter medicine to help people delay death, not to talk about its inevitability. But talk they must. A good start would be the wider use of the “Serious Illness Conversation Guide” drawn up by Atul Gawande, a surgeon and author. It is a short questionnaire designed to find out what terminally ill patients know about their condition and to understand what their goals are as the end nears. Early research suggests it encourages more, earlier conversations and reduces suffering.

These changes should be part of a broad shift in the way health-care systems deal with serious illness. Much care for the chronically ill needs to move out of hospitals altogether. That would mean some health-care funding being diverted to social support. The financial incentives for doctors and hospitals need to change, too. They are typically paid by insurers and governments to do things to patients, not to try to prevent disease or to make patients comfortable. Medicare, America’s public health scheme for the over-65s, has recently started paying doctors for in-depth conversations with terminally ill patients; other national health-care systems, and insurers, should follow. Cost is not an obstacle, since informed, engaged patients will be less likely to want pointless procedures. Fewer doctors may be sued, as poor communication is a common theme in malpractice claims.

Most people feel dread when they contemplate their mortality. As death has been hidden away in hospitals and nursing homes, it has become less familiar and harder to talk about. Politicians are scared to bring up end-of-life care in case they are accused of setting up “death panels”. But honest and open conversations with the dying should be as much a part of modern medicine as prescribing drugs or fixing broken bones. A better death means a better life, right until the end.”