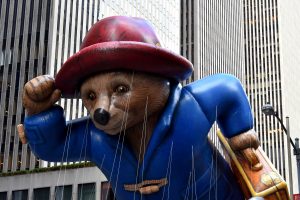 So there we were – gathered in New York. Tai, Alex and I. It is Thanksgiving Day and there really is only one thing to do – head for the Macy’s thanksgiving parade with 3 million other people.

Annually for ninety years there has been a parade of floats, marching bands and minor celebrities in New York on this day.

Nowadays the route runs from Central Park and down 6th Avenue to Macys at 34th Street. The highlight (such as it is) are a couple of dozen massive floating balloons mainly representing cartoon characters or American icons (cough, cough) such as Ronald McDonald.

But some of these balloons appear to be held together by band-aid and tape. They may be passed their best.

There is a massive security presence. And a very low key atmosphere. The crowds are lined deep all along 6th Avenue with many people trying to watch from the side streets. BUt it was a strangely muted crowd. 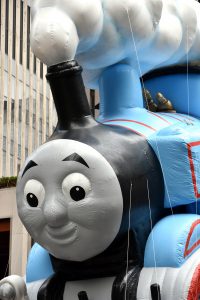 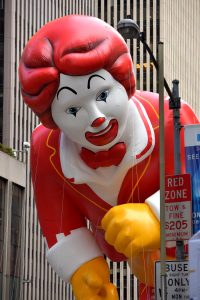 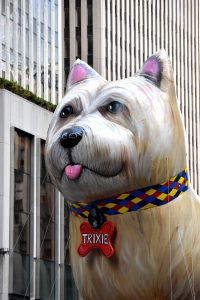 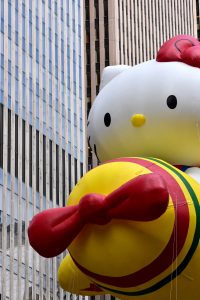 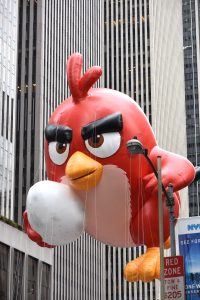 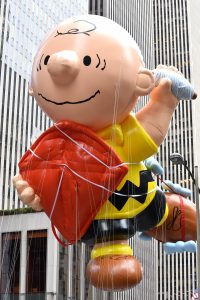 But the marching bands were barely audible. And almost invisible unless you had a front row view (and had been waiting since around 7am!). The atmosphere was very muted.

Perhaps the saddest sight was the garbage left behind. There are bins. Use them or take your garbage home. The people New Yorkers should be celebrating at Thanksgiving are their garbage collectors.

Thanksgiving is a big deal in the USA. But it has become more an occasion for shopping gluttony than for traditional thanksgiving. Macy’s opened in the afternoon and was to stay open all night and through so-called Black Friday.

Once in a lifetime. Done. But much though I live New York I will be happy to miss Thanksgiving.