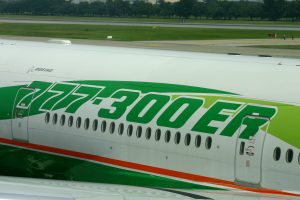 It is no great secret that when I was 16 I wanted to be an airline pilot.

What if? I guess I would be retired by now!

But there are still thousands like me who want to fly and who see their career unfolding at 35,000 feet.

One of the debates that we used to have at Cirrus Aviation was where are the best airline jobs?

There are a couple of really interesting posts on PPRUNE today which compare flying at a low cost to flying with an airline that flies ultra long haul flights.

The question is which one is more tiring in the long run: 100+ sectors long haul Emirates style or 450+ sectors short haul with an LCC.

But look at the reasons for the conclusion and the analysis starts to make a lot of sense.

SH = local well known airspace v ULR = you can be flying anywhere around the world; often to destinations you have not previously flown to.

SH = known seasons and expected weather v ULR = there’s always every kind of weather on the planet at all times somewhere you may go to.

SH = doesn’t radiate you over the pole v ULR = like smoking back in the 60s, no one really knows the true health implications until many years later.

SH = ATC known standards v ULR the USA, AUS have ILS PRMs or SOIA approaches and other aviation issues, get used to a lot of new lingo and changes; even during the same flight.

SH = known procedures and standards v ULR = QFE meters to QNH feet conversions and transition altitudes of heights above your normal cruising altitude. In fairness this can apply to LCCs that fly in international airpace outside of Europe and the USA.

SH = doing 4 sectors and going back home to bed v ULR = a flight time alone around 16 hours without the pre and post flight duties.

Fair to say that all pilots everywhere are getting worked hard. ULR means being awake in an unfamiliar hotel room through the night and asleep through the day pretty often. Sitting in your hotel room all night, watching foreign TV is not the glamorous lifestyle some think it maybe. Short haul is home in your own bed in familiar surroundings.

Multi-sector LoCo can make you physically tired but it is repetitive and routine and is therefore easier to manage mentally.

Emirates and other long hail carriers are far from routine and repetitive but taking off at 3am every time and landing 12 hours out of time zone must take it’s toll.

The problem is that at Emirates and other GCC carriers you are doing both at the same time… “Loco” turnaround one day, the next day a longhaul flight involving different time zones, the next day another turnaround followed by minimum days off and then a ULR…and so it goes on.

What would I have done? I think if you love the mechanics of flying you might stick to regional low cost. I like talking to ATC; I like flying the airplane. I like landing the airplane.

But if you want to see the world; if you want to know what it is like to fly into China; if you are fascinated by the thought of flying a big A380; though it maybe better if you do not have a young family that needs you to be awake and attentive at home.

Just a few thoughts. Trouble is no one wants a 50something pilot!