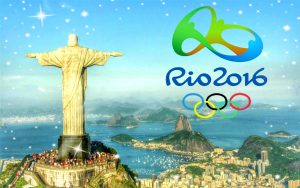 It is a farce. You train for years. You work. You sacrifice. You compete.

You reach your goal of an Olympic final. Only to be competing against a Russian whose performance has been enhanced by a state-sponsored program of drug abuse.

And what does the IOC do. A slap on the wrist will survive.

The International Olympic Committee (IOC) was aware Russia ran a state-sponsored doping programme in which the head of that nation’s WADA-accredited lab was a central figure as long ago as the first week of July 2013.

The head of the corrupted lab, Grigory Rodchenkov (right), had been arrested in 2011 for alleged involvement in a doping ring, along with his sister.

Rodchenkov was privately freed to go back to work at the Moscow lab head to oversee the systematic doping corruption of major events including the 2014 Winter Olympics at Sochi in Russia.

The Sochi Olympics was corrupted on an industrial scale.

Now, after two investigations by the world anti-doping agency (WADA) have shown Russian state-sponsored doping to be a fact the IOC has said Russia was good to compete at Rio.

Two weeks ago the second WADA report was released. The review, led by the highly respected Canadian lawyer Richard McLaren, found that the country’s government, security services and sporting authorities colluded to hide widespread doping across “a vast majority” of winter and summer sports.

The IOC labelled the findings “a shocking and unprecedented attack on the integrity of sports and on the Olympics.”

McLaren admitted that his report, which had taken 57 days to produce, was only a “thin slice” of what might be out there – there are likely other nations with doping programs but the Russian program and its relevance to the Sochi Games were the most high profile abuse of sport.

The central finding of McLaren’s investigation was that Russian athletes “from the vast majority of summer and winter Olympic sports” had benefited from what he called “the Disappearing Positive Methodology” which had become state policy after the country’s poor medal count during the 2010 Winter Olympic Games in Vancouver.

The report found that all organs of the state were involved, including the Russian sports ministry, the Russian security service the FSB, and the Centre of Sports Preparation of National Teams of Russia (CSP).

The Russians were effectively robbing athletes from all over the world who of their Olympic dreams and even of such basic things as access to funding for training and development.

Last month Russia’s track and field stars were banned from the Rio Olympic Games by the IAAF, the governing body of athletics.

Despite a mountain of hard evidence about a long-standing, wide-ranging endemic doping problem across Russian sport, the IOC decided not to put a blanket ban on Russia at Rio 2016.

The IOC has said that rather than ban Russia from the Rio games, the governing bodies of each individual sport should decide on Russia’s participation.

The McLaren report revealed that hundreds of Russian sportsmen and women were provided with banned performance-enhancing drugs over many years.

This was often done by coaches, with the support of governing bodies, and in the knowledge of senior figures meant to prevent doping – including officials at the Russian sports ministry, the Russian anti-doping agency, and the WADA lab controlled by Rodchenkov.

Not only were the sportspeople allowed to dope, and encouraged to dope, but they were also protected if they tested positive; their samples were corruptly recorded as clean. And, in some cases, athletes who were clean had their clean samples tainted to become positive so that favoured dirty athletes were given preferential access to certain major sports events instead of them.

Russia continues to regard the doping evidence as western politically-driven propaganda, ignoring the fact that every key source was a Russian sick of institutional cheating.

Russia’s state-run doping programme included supplying banned performance-enhancing substances to at least 15 medal winners and substituting tainted urine samples with clean ones during the Games so that they passed doping tests.

In evidence to WADA Dr Grigory Rodchenkov, the director of the Moscow anti-doping laboratory from 2005-15, claimed he helped dozens of Russian athletes with a cocktail of banned substances including metenolone, trenbolone and oxandrolone which he mixed with alcohol. To improve the absorption of the steroids and shorten the detection window, he dissolved the drugs in Chivas whisky for male athletes and Martini vermouth for women.

Rodchenkov said Russian anti-doping experts and members of the FSB, the Russian intelligence service, secretly replaced urine samples containing banned substances of medal winners with clean urine. To do this they set up a shadow laboratory in Sochi, having found a way to break into supposedly tamper-proof bottles.

In a development that could have come out of the pages of a John le Carré novel, the Russians set up a secret shadow laboratory – room 124 – at the official drug-testing site. During the night, when no one else was around, tainted samples from Russian athletes would be passed through a small hole in the floor to this shadow laboratory, where they were replaced with clean urine from athletes collected months earlier. The elaborate procedure allowed Russian athletes to continue taking banned substances during the Games, given them an advantage over their rivals.

Predictably, the Russians topped the medal table in Sochi with 33 medals, including 13 golds, a stark improvement on the previous Winter Olympics in Vancouver where they finished only 11th with 15 medals. None of their athletes were caught doping in Sochi. However Rodchenkov said that as many as 100 dirty urine samples were expunged during the Games.

Russia’s sports minister, Vitaly Mutko, calls the allegation “a continuation of the information attack on Russian sport”. He told the agency Tass: “The system of organisation of the Olympic Games was completely transparent. Everything was under the control of international experts, from the collection of samples to their analysis.”

The IOC leverages billions in broadcasting and sponsorship revenue from the five rings. Thomas Bach, the IOC president is close to Putin.

Complacency and compromise are the IOC solution. Principles and values. No thank you.

The Russian doping program was undertaken in a spirit of absolute cynicism in total contravention of the supposed ideals of the Olympics.

For scale and cynicism the Russian system, for now, stands alone. That is why it would have been right to make an example of it, even if that resulted in a very high price for some athletes just a fortnight before the Games.

Having unambiguously nailed the IOC’s colours to the mast of anti-doping, this last Olmpic value has been thrown to the wind. The IOC has shown itself to be morally bankrupt. It should be ashamed. And so should anyone involved in Russian sport.

Stop blaming others. Russia cheated. Russians stole medals. Russia needs to clean up its sport and its athletes. Then she can compete under the real Olympic values.