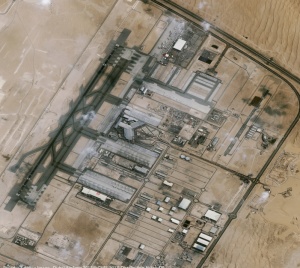 Here is the trouble with simply rehashing a press release and calling it news. The press release is marketing – it is about finding a silver lining.

Emirates 24/7 is no  longer a newspaper – but it also appears to lack any reasoning or editing skills.

So the web site simply reprinted a WAM press release last claiming that: (the emphasis in bold italics is mine).

(Note this is similar to the number of passengers using England’s Southend airport.)

The annual figures were boosted mainly by a surge in traffic on Eastern European routes which recorded a spike of 168 percent to take the total number of passengers during the year to 452,631. Spurred by the change last year in visa regulations that offer visa on arrival to Russian visitors, Russia emerged as the single largest contributor to traffic from Eastern Europe with a growth of 955.4 percent totalling 279,100 passengers in 2017.

Western Europe also recorded a surge in traffic with passenger numbers reaching 94,452 ( plus 34.6 percent). Germany was the single largest contributor in the region with 41,671 passengers, propelled by the launch of service by Condor and their partners FTI Group and Meeting Point International that connects DWC with multiple cities across Germany including Frankfurt, Dusseldorf, Leipzig, Hannover, Cologne, Munich, Berlin, Stuttgart, as well as Basel in Switzerland.

Airlines that were top traffic contributors at DWC during the year include Wizz Air, Azur Air, Royal Flight, Condor and Ural Airlines.

Time to call this for what it is – a white elephant. Existing capacity in the low cost terminal is 5 million passengers per annum. So the airport is running at less than 20% of existing capacity.

There is a project to expand the LCC terminal to 26 million – likely to complete in 2019. Where are those passengers going to come from?

In the meantime an extra 54,000 passengers in a year hardly counts as robust growth. Further an average passenger number of just 129 per flight movement suggests less than impressive load factors.