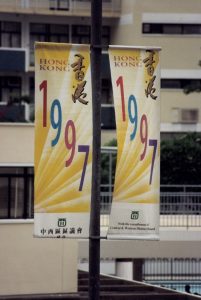 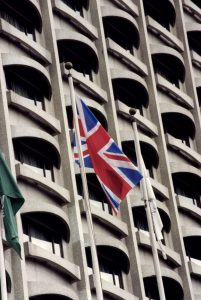 This in depth commentary from Reuters was published on 15 August (after I published the notes below) and is a good read to help understand the current crisis in HKG. Inside the Hong Kong protesters’ anarchic campaign against China

With another massive march expected in Sunday it is time for a little background on how Hong Kong has descended into ten increasingly tense weeks.

The protests are as fascinating as they are depressing; they cannot end well. At best they will end with an impasse only to reignite in years to come – much as these protests are a five year later successor to the 2014 umbrella movement. But Hong Kong people are in a very militant and desperate mood. No one is going to back away.

The broad protests, which on one occasion totaled roughly two million people, were sparked late this spring by the government’s attempt to adopt a bill that would have enabled the People’s Republic of China (PRC) to request extradition of suspected criminals from Hong Kong. The city’s chief executive, Carrie Lam, eventually announced that the bill was on hold. But she has refused to formally withdraw it. She has also refused to resign. It is clear that Beijing expects this bill to be enacted into Hong Kong law. It has concerned residents and business alike.

“The Communist Party has increasingly encroached on HK’s territory and intervene in internal affairs of Hong Kong,” protesters at the airport explained in a pamphlet handed out to passing travelers. “We’re fighting to put the broken pieces back together, to preserve what makes this city our home.”

More recently several incidents of police violence have added fuel to the fire. The Hong Kong government has not established an independent investigation into police brutality, including reports, and plenty of evidence, of excessive use of tear gas, rubber bullets, and other weapons. Protestors have also been provoked by police tolerance of triad and pro mainland gangs that have assaulted protesters.

Although Hong Kong’s economic importance to the PRC has diminished as mainland cities develop, it continues to be the PRC’s major international financial and business center and, as a special administrative region, enjoys a privileged status in its relations with the United States and other countries.

Frustrated by the government’s unresponsiveness, some protesters turned to violence. However, most protests, including a one-day general strike and the initial occupation of Hong Kong International Airport, were peaceful.

The protesters have expanded their demands. Many now insist on electoral reforms that the PRC has long rejected. They want to exercise the political freedoms that they believe they were promised by the “one country, two systems” provisions of the Sino-British Joint Declaration of 1984 and Hong Kong’s Basic Law.

Some have called for Hong Kong to be independent of China – that will not happen. Hong Kong’s return to the Chinese motherland in 1997 symbolized the restoration of continental China’s territorial integrity. It was widely portrayed in the mainland as a vindication of Chinese nationalism and sovereignty.

Perhaps not if Hong Kong’s risk-averse nonofficial community leaders, who thus far have largely behaved like proverbial deer in the headlights, respond urgently to the crisis instead of continuing to dither.

In the absence of and real leadership from the Hong Kong government the police have escalated violence here to another level. It is shocking to see although it is worth remembering that the reason we are all so shocked is that they don’t stop people filming it.

The biggest showdown came this week when after a weekend of marches and tear gas on the streets of Hong Kong, protesters flooded the city’s busy international airport, prompting the authorities to ground all departing flights on successive nights.

Hong Kong Chief Executive Carrie Lam has made no concessions (beyond shelving the extradition law) but has demanded an end to the demonstrations. “Hong Kong cannot have large-scale, spontaneous protests that obstruct traffic and daily operations,” she said.

Beijing officials have painted the unrest as the handiwork of malevolent foreign intrigue—what they call the “black hand.” This fits with the historical narrative marketed domestically by Beijing, in which the party stars as the defender of the Chinese nation against foreign imperialists who have preyed upon the country for more than a century.

It also helps manage the message internally – as Beijing can avoid acknowledging that Hong Kong’s citizens have the initiative to think for themselves; that they might have ambitions and hopes that they believe cannot be met by Beijing’s state control and who want to preserve freedoms that are not available to other Chinese citizens.

So when and how do the protests end. There are Chinese troops and vehicles massed in a sports stadium in Shenzen ready to cross the border. There have been new reports and videos in China’s state controlled media warning Hong Kong of the consequences of further protests. At some stage the Chinese government may move in and impose martial law.

For now China is using threats not incentives. There is no effort to win the hearts and minds of Hong Kong’s people.

How damaging would that be? The Chinese government knows that Western nations will not intervene – beyond words; that sanctions, if any, will likely be short-lived. Short term pain for long term control. The real cost could be decades of hostility from Hong Kong’s bright, resourceful, strong-minded citizens.