Home→Aviation→The shooting down of PS752 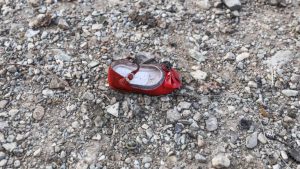 Minutes after take off the plane was a fireball crashing into a village on the outskirts of Tehran.

The crash occurred a few hours after Iran launched a ballistic missile attack against Iraqi military bases housing US troops, amid a confrontation with the US over its killing of the Iranian general Qassem Suleimani in a drone strike in Iraq last week.

Video footage and eyewitnesses, including the crew of another flight passing above it, depicted the plane engulfed in flames before it crashed into countryside south-west of the Iranian capital at 6.18am, causing a massive explosion.

Of the 176 people onboard, 78 were Iranian, 63 were Canadian and 11 were Ukrainian (including nine crew members), along with 10 Swedes, seven Afghans, four Britons and three German nationals. There was some confusion over the nationality of those killed, with many holding dual citizenship.

Four days on from the disaster Iran has now admitted that its military “unintentionally” shot down the airliner after days of rejecting western intelligence reports that pointed to Tehran being responsible.

A military statement came on Saturday morning via state TV, with “human error” blamed for the downing of Ukraine International Airlines flight 752 on Wednesday. It was followed by an apology from Iran’s president.

The Iranian president, Hassan Rouhani, wrote on Saturday: “The Islamic Republic of Iran deeply regrets this disastrous mistake. “My thoughts and prayers go to all the mourning families. I offer my sincerest condolences.”

Why the sudden admission of responsibility?  There are pausible suggestions of a powerplay at the centre of the Iranian government. President Rouhani looks dramatically weakened.

There were 82 Iranian citizens on PS752. This admission can only add to the anger felt after the government’s crackdown on large-scale protests late last year sparked by the worsening economic situation in the country.

Those fissures could quickly break open again following the admission of responsibility.

Western intelligence officials were certain that the Boeing 737-800, was shot down by an Iranian anti-aircraft missile fired from a Russian-made Tor-M1 air defence system.

A number of media outlets report that Iran had turned on its missile defence system to protect itself after it fired 22 missiles at American bases in Iraq a few hours before the departure of PS752.

US officials told US media that they had also identified the infrared signature from two suspected missile launches followed shortly afterwards by the infrared blip from the burning and fatally disabled aircraft.

Faced by what appears to be incontrovertible evidence it seems like Iran has seen an admission of fault as a means to de-escalate tensions in the region.

The Tor is a short-range “point defence” system that integrates the missile launcher and radar into a single tracked vehicle. It is designed to be mobile and lethal against targets at altitudes up to 6,000 metres (20,000 feet) and at ranges of 12 km (7.5 miles).

Russia delivered 29 Tor-M1s to Iran in 2007 as part of a $700m contract signed in December 2005. Iran has displayed the missiles in military parades as well. Nato refers to the system as the SA-15 Gauntlet.

It is believed the US system that detected the supposed missile launches is the Space Based Infrared System, a network of about ten satellites operated by the US Air Force’s Space Command, first launched in 2011.

Iranian officials initially rejected the western intelligence assessments, describing them as “scientifically impossible”. A preliminary Iranian investigative report released on 9 January said that the pilots never made a radio call for help and that they were trying to turn the aircraft back for the airport when it went down due to an engine malfunction.

The terrible human tragedy at the centre of the incident is laid bare in reports which are detailing how the flight was carrying entire families, university students, and a young couple who had traveled back to Iran for their wedding.

On board the flight were 57 Canadians together with another 81 passengers who were heading to Canada via the connection in Kiev.

The disaster has hard hit communities across Canada and Canadian prime minister, Justin Trudeau, had vowed to find answers to the crash.

“We have intelligence, including from our allies and own intelligence that the plane was shot down by Iranian surface-to-air missiles,” Trudeau said.

There are many excuses being made already about ‘the fog of war’ or that the attack that killed Suleimani created such a climate of stress in Iran that could cause an ‘accident’ like this.  Many have argued that the ‘real’ blame for this falls on the White House and not the Iranian regime itself.

This is nonsense. Trump is guilty of many things but not for bringing down PS752.

The missile operators clearly intended to fire at this airliner.  They did not shoot it down ‘accidentally’ or ‘unintentionally’. They acquired the target and they shot it down. What was the chain of command? The only issue is why they thought that it was a legitimate military target. Were they negligent? Reckless? Panicked?

No doubt there will me attempted explanations given and scapegoats found.

What is also troubling is why both Tehran airport and Iranian airspace remained open in the hours after the country launched ballistic missiles into Iraq.

Prior to the missile launch the FAA had already issued a NOTAM banning US airlines from overflight of Iran and Iraq. European regulators quickly did the same and Asian airlines announced that they were rerouting to avoid that airspace. Meanwhile the Gulf airlines continued and still continue to operate as though nothing has happened. They are being casually arrogant with the lives of their crews and passengers.

Meanwhile a twitter thread from @muhammadlila gave some indication of how deeply this crash has reached into Canada:

“I’ve been trying to put into words how big a tragedy the Ukraine Airlines crash is for Canada. To say it’s huge or massive just isn’t enough. So forget the details. Here’s what it FEELS like – in communities across the country.

In the morning, I learned a family friend had passed away. My parents had known him for decades. When I WhatsApp’d my mom to tell her, this is what she replied. (ilwil is an abbreviation for “to God do we belong and to him we return” – Muslims say it when someone passes away)

Around 9am, my son went to school. When he got there, the admin announced one of his schoolmates was on board. Students were in tears. They made counselors available. Today, the flag at school is flying at half-mast. He was only 18.

At 3pm, I got an email from the President of a College where I serve on the Board of Governors. One of our faculty was killed. Razgar Rahimi was a PhD. He was on the plane with his wife and 3-year old son. His wife was pregnant.

By 5pm, my wife got a text that a friend’s sister and daughter were killed. She’d just seen them at a birthday party a few weeks ago. My daughters even played with that little girl, who was 8. Now she’s dead. Her father, who came back from Iran early, is devastated. (See below.)

Scenes like this aren’t unique. They’re playing out all over the country, in nearly every province. It’s no exaggeration to say this is the biggest tragedy to hit in decades.

The headlines talk about #63Canadians, but that doesn’t do it justice.

Canada is a big country. We have big hearts but a small population. Nearly everyone killed was an immigrant. But nobody’s talking about that. Our headlines focus on the fact that they were Canadians, with deep roots here, who touched countless lives. The way it should be.

If you’re not Canadian, it can be hard to appreciate. This isn’t just something that happened overseas, with a small trickle effect in Canada. It is very much a Canadian tragedy, with Canadian victims, and a painful numbness being felt from coast to coast.”

Such a human and needless disaster:

Sahar Haghjoo and her eight-year-old daughter Elsa Jadidi were sitting in their seats on the tarmac at Tehran’s international airport anxiously awaiting departure.

“Still haven’t taken off, so at least 30 min. delay,” she texted to her father at home in Toronto.

Sahar snapped a selfie of herself and Elsa. They’re both smiling in the picture. She texted it to Habib Haghjoo. Then a few moments later, she wrote, “Taking off now.”

Sahar, her husband, and their daughter went to Iran on vacation for several weeks to visit family. He returned home a week ago to go back to work. Sahar and Elsa stayed back.

School administration posted a tribute to Elsa on the school’s website.

“Elsa was a bright, beautiful and brilliant student who was loved by everyone who had the privilege of knowing her. She was a kind, compassionate soul who lit up our classrooms, and held so much promise as a stellar student and impeccable leader at such a young age,” the statement said.

“Our school will be much dimmer without Elsa to warm the hallways with her smile and laughter.”