Home→asia→Trouble ahead for Hong Kong 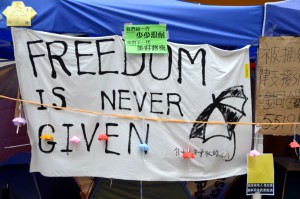 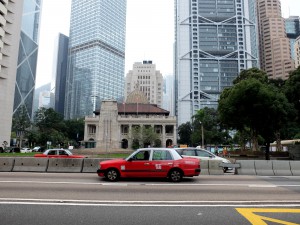 It was always likely that the activism seen in Hong Kong in the 2014 Umbrella Movement would reappear in some form.

This last week has seen the unlikely named “fishball revolution” erupt on the streets of Mongkok.

It sounds like a joke, but when you look at the footage coming out of Hong Kong you realise it is anything but.

Bloodied protesters, an injured policeman on the ground being attacked, warning shots fired in the air, 50 people arrested, almost 100 injured. Images that were seen around the world.

There is an anger and alienation that pits the pro-Beijing government against a population, especially the young, who want western-style freedoms; more than that they want a more egalitarian society in Hong Kong and a say in its governance.

The fishball protests exploded on the streets of Mong Kok, the shopping heart of the Kowloon peninsula, at the start of Chinese New Year.

The police had planned to close down the district’s unlicensed food stalls, which sell fishballs on skewers and other traditional Chinese snacks. Bad and unnecessary timing. These vendors have been on the Mongko streets forever.

The news leaked out, and protesters organised on social media ahead of the raids, and the standoff that resulted spilled over into violence as darkness closed in.

Why fight over fishballs? Street food is part of the culture of Hong Kong. The street stalls are very much part of Hong Kong’s culture, but they’ve been disappearing as part of the process of redevelopment and urban renewal.

Fishball stalls represent the Hong Kong working class like no other institutions can.

Although the protests targeted local law enforcement, it appears to many Hong Kongers that the actions of the police are becoming synonymous with those of mainland authorities. These protests reflect not just the tension between residents and local authorities, but issues Hong Kongers have with the mainland itself.

On social media the rioting was held up by some as a righteous political protest. But most Hong Kong residents were appalled. Their city is renowned for the peacefulness of its many protests.

Not since the 1960s, during the madness of Mao’s Cultural Revolution in mainland China, have the territory’s streets seen such bloodshed.

There is a deep mistrust of CY Leung and his government. Anxieties have been fuelled by the apparent abduction in recent months of five Hong Kong booksellers by Chinese agents—three while visiting mainland China, one from a resort in Thailand and another from Hong Kong itself. Many suspect that the men were “disappeared” because of plans to publish a tell-tale book about China’s president, Xi Jinping.

The months ahead in Hong Kong will not be calm. Elections will be held this year for the Legislative Council; and there will be a (rigged) election in 2017 for the chief executive.

The Chinese government could help Hong Kong by releasing the booksellers and by heeding calls for political reform. The “one country, two systems” formula depends on preserving Hong Kong’s freewheeling way of life.

But China rules by intimidation not by conciliation.

The bottom line is that Hong Kongers feel they are being subsumed by China in various ways. Politically, domestic freedoms and autonomy under Hong Kong Basic Law appear to be eroding. This is exemplified by the abduction last year of five Hong Kong booksellers.

Most tellingly, the underlying grievances that helped fuel the Occupy Central protests of 2014 have not diminished. The incidents this week demonstrate that grassroots tensions have reached the point where small-scale incidents are increasingly likely to spark larger protests.

Hong Kong and its Chinese overlords need to be wary and look at history – the American Revolution began with a riotous tea party.