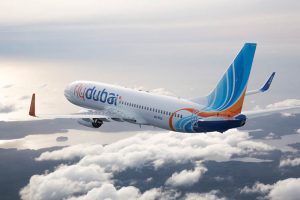 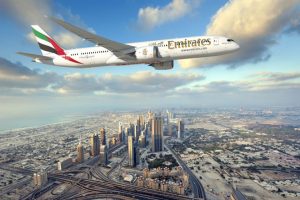 On the opening day of the 2017 Dubai Airshow Emirates placed a commitment (not an order) for 40 Boeing 787-10 series airliners.

Which is a bit strange when earlier this year Emirates was boasting of being the only airline in the world with solely a 777/380 fleet.

“The A350-900 was designed for ultra-long range, and we don’t need any more long-range aircraft,” Clark said in an interview at the Dubai Air Show.

The Boeing 787-8 and 787-9 were too small for Emirates’ needs, Clark added. But the -10 variant—which in Emirates’ configuration would seat between 240-330 passengers, depending on if two or three classes—is the right size for the fleet. Its operating range of “about 8 hours” would allow the aircraft to serve 85% of Emirates’ network, Clark said.

The fourth day of the show saw flydubai sign a landmark agreement for 225 737 MAX airplanes with a list price value of $27 billion. The deal represents the largest-ever single-aisle jet order – by number of airplanes and total value – from a Middle East carrier.

The agreement includes a commitment for 175 MAX airplanes, and purchase rights for 50 additional MAXs.

This new deal surpasses the flydubai’s previous record order of 75 MAXs and 11 Next-Generation 737-800s which was signed at the 2013 Dubai Airshow.

Some of the flydubai order will be replacements for earlier deliveries to the existing fleet. But this order is a sign of rapid growth and could triple the flydubai fleet. It can only work with a move of operations to DWC and/or establishing other regional hubs?